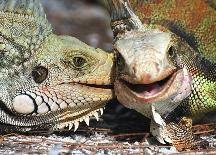 I suppose we could blame Abraham Lincoln for starting the state secrets doctrine.

Abe hired a spy to go into the south and report information to northern headquarters.

After the spy died his widow wanted more money from the government, which evidently had not paid all of its debt to the former spy.

Abe said the information was a military secret so the widow had no right to that information. The federal case is Totten v US, 92 US 105 (1876).

As long as we must have a military we are going to have legitimate military secrets. It goes with the territory, so to speak.

That very corruption which distorts the minds of military men into wanting every wrong to be kept secret, like torture and the murder of civilians, for recent examples.

This is an ancient problem. Our founding people were well aware of it hundreds of years ago and they spoke of it:

Of all the enemies of true liberty, war is, perhaps, the most to be dreaded, because it comprises and develops the germ of every other.

War is the parent of armies; from these proceed debts and taxes; and armies, and debts, and taxes are the known instruments for bringing the many under the domination of the few.

In war, too, the discretionary power of the Executive is extended; its influence in dealing out offices, honors and emoluments is multiplied; and all the means of seducing the minds, are added to those of subduing the force, of the people.

The same malignant aspect in republicanism may be traced in the inequality of fortunes, and the opportunities of fraud, growing out of a state of war, and in the degeneracy of manner and of morals, engendered in both.

No nation can preserve its freedom in the midst of continual warfare.

War is in fact the true nurse of executive aggrandizement. In war, a physical force is to be created; and it is the executive will, which is to direct it.

The strongest passions and most dangerous weaknesses of the human breast; ambition, avarice, vanity, the honorable or venal love of fame, are all in conspiracy against the desire and duty of peace.

(James Madison, from "Political Observations," April 20, 1795 in Letters and Other Writings of James Madison, Volume IV, page 491). War is the province of the military, and therefore, what Madison said about war applies without restriction to the military.

It is no wonder that President General Dwight Eisenhower warned us with great concern about that very danger we always face.

General Eisenhower knew that an ongoing military presence within our borders; yes, our own military is a grave danger to our liberty for the reasons James Madison revealed.

The corruption spoken of above has spilled over into even keeping secret the amounts of money they spend on war ideology and weaponry.

Certain portions of the budget (how they spend your money) is "classified" and is a state secret. We have to really dig into the facts from many sources to get the actual quantities clearly in sight.

The corruption of the state secrets doctrine has now spread into every facet of government, and that corruption is used to cover up every imaginable crime of the government against its citizens and against other nations and peoples.

But the irony of it all is that this is no secret.
Posted by Dredd at 7:12 AM