This is an appendix to Quantum Oceanography - 15

The purpose of this appendix is to show that infrared photon activity varies in time and location in the ocean depths.

The Sizemograph prints a Seismograph type graph that represents the "ups and downs" of sea level change caused by INFRARED PHOTON MOVEMENT at 33 separate depth levels.

The intensity of the thermosteric sea level change is represented in millimeters multiplied by 1,000 (for better line separation). 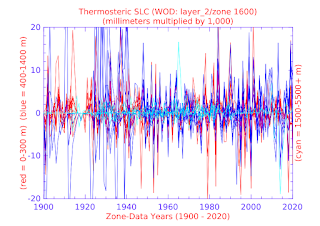 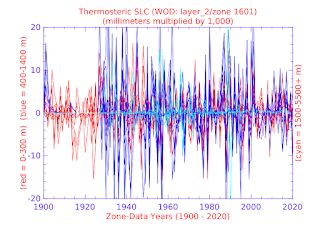 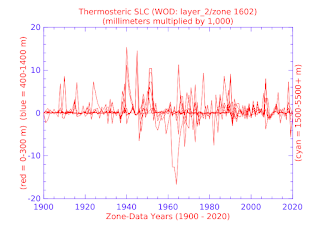 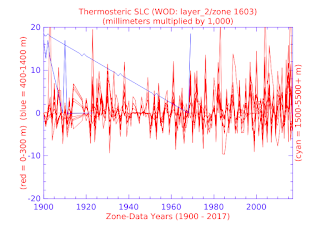 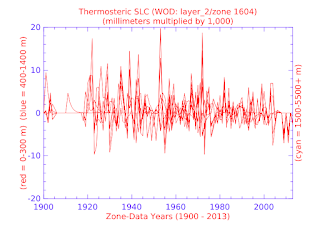 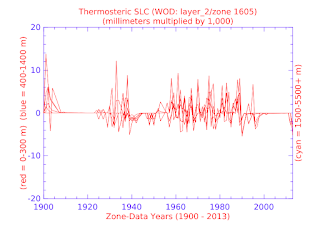 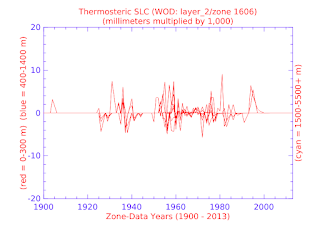 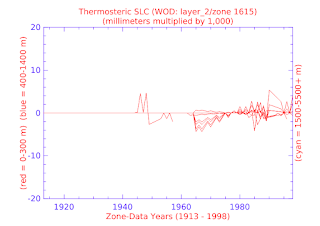 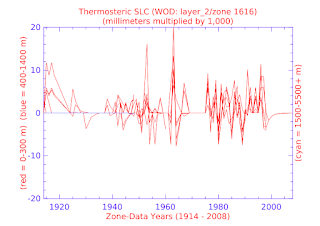 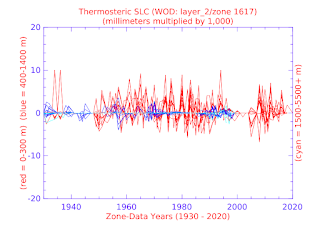