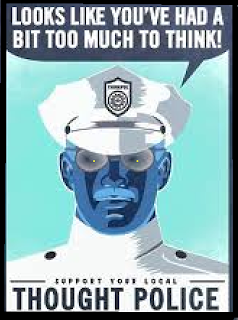 The subtitle of today's post is: "When The Truth Is Found In The Wayback Machine."

The first post in this series, on July 14, 2009, discussed the national security implications of The Damaged Global Climate System's impact on the global environment (Global Climate & Homeland Insecurity).

In that first post I discussed an investigation by CNA concerning the U.S. Military's perception of global climate change.

As noted in that post, the substantial and robust report was "disappeared" sometime after I penned the post, but when I noticed the link no longer worked, I sought and found a copy of that CNA page recorded in The Wayback Machine.

Anyway, in that report the generals and admirals were unequivocal in their 2009 conclusions:


The nature and pace of climate changes being observed today and the consequences projected by the consensus scientific opinion are grave and pose equally grave implications for our national security. Moving beyond the arguments of cause and effect, it is important that the U.S. military begin planning to address these potentially devastating effects.

(CNA Report, emphasis added, PDF). It is clear that those who participated in the study and report are aware of military national security matters:

(ibid, caps in original). I have posted about other military officers tasked with grasping the climate change threat to national security (Has The Navy Fallen For The Greatest Hoax?, with a video of R.Adm. Tilley's presentation @ Pentagon).


II. Perhaps It Was The Irony?

I wondered why CNA would be directed to lose the report.

It was excellent, well researched, unconventional, and counter to the Oil-Qaeda and MOMCOM propaganda of the day (Will This Float Your Boat - 12).

But the number one polluter, in terms of fossil fuel burning, is said to be the U.S. military (A History of Oil Addiction - 2, cf. The Military Assault on Global Climate).

So, I though "perhaps they do not want us to think that they are a threat to national security" ... hence the missing report?

We are all in this together, and today's military is as much a victim of bad decisions made by their predecessors in command as we are (The Universal Smedley - 2, Viva Egypt - 2).

There is nothing the military can do beyond what other agencies can do (Why The Military Can't Defend Against The Invasion; The Extinction of Robust Sea Ports - 4; Greenland & Antarctica Invade The United States, 2, 3, 4; Why Sea Level Rise May Be The Greatest Threat To Civilization, 2, 3, 4, 5).

But they can stop fighting for possession and or control the oil that is causing the problem (The Fleets & Terrorism Follow The Oil).

They can switch to non-polluting sources of energy (U.S. Military Orders Less Dependence on Fossil Fuels).

Some military officers have also anticipated problems with some of the current presidential candidates (Pentagon Officers: We Quit if Trump Wins).

One wonders how they have interacted with similar congressional deniers during the past few years (Inhofe's One Man Troofiness Crusade).

Even the courts and prosecutors are seeing reason for concern about the hiding of the facts (Have Courts Fallen For The Greatest Hoax?, Oil-Qaeda & MOMCOM Conspire To Commit Depraved-Heart Murder - 5).

Increasingly, the physical predicament is exacerbated by the predicament of the conflict of world views in government (The Authoritarianism of Climate Change).

Not to mention the cover-up instead of coverage in the press (In the Fog of The Presstitutes - 4).

One has to wonder if the deniers, who used to make fun of environmentalists because they wanted to save the snail darter (Snail Darter Politics) will awaken.

Up to this point in time, their dangerously myopic viewpoints have had certain untenable impacts on reality (Civilization Is Now On Suicide Watch, 2, 3, 4, 5, 6, 7, 8).

It is not about snail darters assholes (On The Origin of Assholes), because now even East Antarctica is catching up (Melt Expanding into East Antarctica).

It is time for the panicked frenzy of immature leaders in government to disappear instead of continuing to disappear the facts they are afraid to admit (The 1.14% vs. The 100%).

Time to admit that the waters around us have grown:


(The Times They Are A-Changin’, by Bob Dylan). Yep, worse than previously thought.

The previous post in this series is here.
"Everything is Broken" by Bob Dylan, (lyrics here).