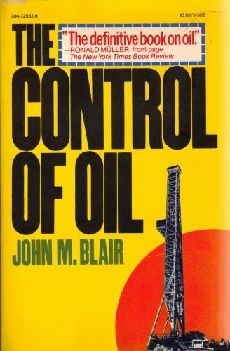 Now, Pope Francis is on a crusade to counter that flirtation with the middle east oil and its control (A History of Oil Addiction - 4, 3, 2, 1).

A cultural  trance addiction started by the religious belief of a high-powered military figure in the British Empire (The Universal Smedley - 2, Viva Egypt - 2).

Which has now come down to a suicide watch over the Petroleum Civilization created in the wake of that religious belief (Civilization Is Now On Suicide Watch, 2, 3, 4, 5, 6, 7, 8).

Thus, we have a religious struggle of ideas about the nature of the Earth (in the context of a global civilization) concerning being addicted to the burning of fossil fuels.

In the U.S.eh? the dynamic of Exceptional American Denial has taken on an evangelical air in the three ring circus of right-wing politics.

In that arena both the High Priest of Denial and Bishop X want the Pope to stifle it.

So, basically this religious element, of the phenomenon of ideological conflict concerning global warming induced climate change, boils down to "Is God causing it or is human civilization causing it?"

In the realm of scientists, there is a massively one-sided consensus that God is not causing it, humans are.

The official document is slated to be released Thursday, but a draft of the encyclical was leaked.


"Humanity is called to take note of the need for changes in lifestyle and changes in methods of production and consumption to combat this warming, or at least the human causes that produce and accentuate it," he wrote in the draft. "Numerous scientific studies indicate that the greater part of the global warming in recent decades is due to the great concentration of greenhouse gases…given off above all because of human activity."

The pope will also single out those obstructing solutions. In an apparent reference to climate-change deniers, the draft states: "The attitudes that stand in the way of a solution, even among believers, range from negation of the problem, to indifference, to convenient resignation or blind faith in technical solutions."

(Mother Jones). Pope Francis goes on the offensive against deniers in his church and those not in his church.

The Pope is not a feudal vassal like the European Church was during feudal times there, but the American Catholics who are opposing him seem to be vassals or serfs:


The Church, too, had her place in the feudal system. She too was granted territorial fiefs, became a vassal, possessed immunities. It was the result of her calm, wide sympathy, turning to the new nations, away from the Roman Empire, to which many Christians thought she was irrevocably bound. By the baptism of Clovis she showed the baptism of Constantine had not tied her to the political system. So she created a new world out of chaos, created the paradox of barbarian civilization. In gratitude kings and emperors endowed her with property; and ecclesiastical property has not infrequently brought evils in its train. The result was disputed elections; younger sons of nobles were intruded into bishoprics, at times even into the papacy. Secular princes claimed lay investiture of spiritual offices. The cause of this was feudalism, for a system that had its basis on land tenure was bound at last to enslave a Church that possessed great landed possessions.

(American Feudalism - 2). Next comes the decision phase of individuals faced with choosing between the American Oil Religion of Oil-Qaeda (Oilah Akbar! Oilah Akbar!) and the Pope's version (Catholicism).

That decision making will probably follow the way such things are traditionally decided (The Pillars of Knowledge: Faith and Trust?).

The previous post in this series is here.
The heaven matrix is confusing ...