On the Origin of the Genes of Viruses - 9 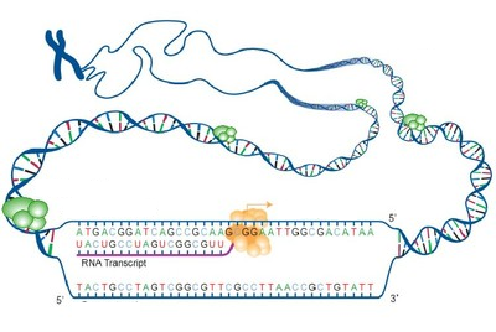 At various times in this series the notion of "a different genetics" and a "genetics prior to carbon based life forms" has been discussed.

The notion is that pre-RNA and pre-DNA genetics had a different set of molecules, genes, nucleotides,  and the like, prior to the evolution of carbon based life.

Central to that hypothesis is the notion that viruses evolved before single cell microbes did, and that those viruses did not have the RNA or DNA which current viruses and single celled microbes now have.

A recent paper exclaims that not only is this possible, but "we did it!"


For billions of years, the history of life has been written with just four letters — A, T, C and G, the labels given to the DNA subunits contained in all organisms. That alphabet has just grown longer, researchers announce, with the creation of a living cell that has two 'foreign' DNA building blocks in its genome.

(Journal Nature, First life with alien DNA). The gist of it is that the molecules associated with the only DNA construct we knew of (AT, CG) has been modified.

Cells, in lab experiments, were able to genetically replicate additional, and heretofore unheard of and unknown human-made molecular constructs added to modern DNA.

Thus, we cannot say with scientific certainty that there were no strange combinations of genes that were unlike, in whole or in part, modern ATCG configurations prior to the evolution of carbon based life forms (Origin and Evolution of the Ribosome).

Alien genes (by modern standards) that were replicated by "robosomes," the precursors to ribosomes, long before ATCG constructs evolved, are not improbable (On the Origin of the Genes of Viruses - 4).