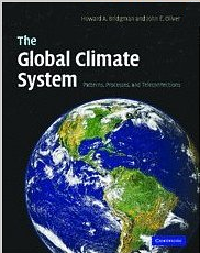 About four years ago I began to contemplate more intensely the unintended consequences of global warming induced climate change.

Consequences caused by the damage being done to The Damaged Global Climate System.

Or maybe just the "oops factor."

Anyway, notice what was pointed out in April of 2010 in one of the earlier posts on the subject:


"In places like Iceland, for example, where you have the Eyjafjallajökull ice sheet, which wouldn't survive [global warming], and you've got lots of volcanoes under that, the unloading effect can trigger eruptions," McGuire said.

With the changing dynamics in the crust, faults could also be destabilized, which could bring a whole host of other problems.

"It's not just the volcanoes. Obviously if you load and unload active faults, then you're liable to trigger earthquakes," McGuire told LiveScience, noting that there is ample evidence for this association in past climate change events.

(Global Warming & Volcanic Eruptions). Following that, I contemplated the potential for earthquake triggering caused by the changing of pressures on the Earth's crust as the ice sheets thin, and the sea level rises:


The gist of this hypothesis is that all offshore drilling engineering is based upon a reality that is passing away because a new reality is approaching.

The formulas show how we can at once see a change coming as ocean levels change, as ice sheet thickness changes, and as the resultant torque (easing pressure on crust as ice melts; increasing pressure on seabed as ocean rises) works upon the thin crust of the earth.

The first effect of this new reality of pressures caused by melting ice sheets and ice caps and the resultant rise of ocean levels is already here, although in a degree we are not yet certain of.

It is obvious that p=pgh is at once impacted when "h" (e.g. ocean level) or p change, (since g is effectively constant).

The complication no engineers have calculated is the combined effect of both the torque and the pressures when both are concurrently changing.

(Is A New Age Of Pressure Upon Us? - 2). Now, as it turns out, other events that can help to trigger an earthquake:


Our results suggest that long-term and late-summer flexural uplift of the Coast Ranges reduce the effective normal stress resolved on the San Andreas Fault. This process brings the fault closer to failure, thereby providing a viable mechanism for observed seasonality in microseismicity at Parkfield and potentially affecting long-term seismicity rates for fault systems adjacent to the valley. We also infer that the observed contemporary uplift of the southern Sierra Nevada previously attributed to tectonic or mantle-derived forces is partly a consequence of human-caused groundwater depletion.

(Uplift & Seismicity Driven by Groundwater Depletion in ... California). The depletion is exacerbated by global warming induced drought, and overuse of resources by Big Agriculture.

Similar events have been discovered taking place in Antarctica:


Due to the increased melting of ice from global warming, the shrinking ice sheet has caused changes in the ground underneath. However, these changes were thought to be an instant and elastic movement of the crust that was soon followed by a gradual uplifting of the crust over a period of a few thousand years. The GPS data gathered by the researchers showed that the ground in the area was rising much faster than previously thought. The team's measurements suggest that uplifting process pushes up the ground by around 15mm per year. The number is much higher than what the previous studies suggested.

"You would expect this rebound to happen over thousands of years and instead we have been able to measure it in just over a decade. You can almost see it happening which is just incredible," said Grace Nield, the study's lead researcher from the Newcastle University. "Because the mantle is 'runnier' below the Northern Antarctic Peninsula it responds much more quickly to what's happening on the surface."

(Melting ice in Antarctica is reshaping Earth). Yesterday, we talked about tipping points that have already been crossed over so that the associated consequences can't be stopped.

Which will cause these earthquake and volcano hair-triggers to be squeezed on and pressured even more (Will This Float Your Boat - 4).