On The Origin of "Conspiracy Theory" - 4 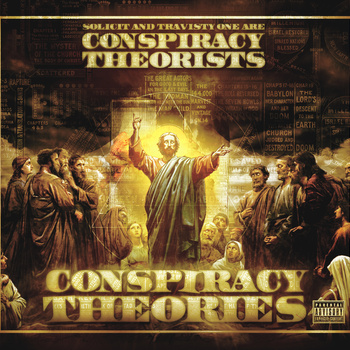 In this series we have been looking at the notion of conspiracy and conspiracy theory.

What has been disclosed in these posts is the dual nature of our culture's discourse on the subject.

In actuality, there are cultural doublespeak circuits in our cultural amygdala  (Hypothesis: The Cultural Amygdala).

At a minimum those circuits cause difficulty with understanding conspiracy theory, but at a maximum that doublespeak prevents the ability to be able to objectively conceptualize this subject.

The simple dictionary meaning is a good place to begin:

1. to agree together, especially secretly, to do something wrong, evil, or illegal

2. to act or work together toward the same result or goal.

It requires two or more participants.

Conspiring to rob a bank, or conspiring to do a surprise birthday party are two examples in an almost limitless list.

We ran across an event that was destined to change the official dictionary meaning.

That event was the CIA's paranoia concerning the JFK assassination.

More precisely, it was the public reaction to the official theory of the case that triggered a conspiracy itself.

Selected officials conspired to do the Warren Report, a dynamic that on its face was a good conspiracy, but then they concluded that a lone gunman did the assassination.

Large numbers of the public did not buy it, then the numbers began to grow intensely as a "conspiracy theory" culture sprang up everywhere.

So, the CIA studied how they could propagandise the situation so as to avoid the scorn of the public.

They came out with CIA Document #1035-960, which became the talking points for those media outlets which the CIA controlled or had influence over (see e.g. Mocking America).

They succeeded in corrupting the meaning of "conspiracy theory" in the eyes of the public, but the pressure mounted until congress appointed a committee that concluded "The committee believes, on the basis of the evidence available to it, that Kennedy was probably assassinated as a result of a conspiracy" (United States House Select Committee on Assassinations).

As with pre-human propaganda (On The Origin of Propaganda - 2), recent science indicates that conspiracy is a fundamental activity of biological life forms that took place long before humanity evolved.

The video below discusses how communities of microbes within us, via "quorum sensing" and other communication strategies, conspire to do good things and conspire to do bad things too (see e.g. On The New Meaning of "Human").

Conspiracy is a biological fact that has taken place for billions of years now, so it is about time for our culture to give up the media-induced-fantasy about conspiracy theory.