The Military NSA Spy Program Is Part of the Powell Manifesto 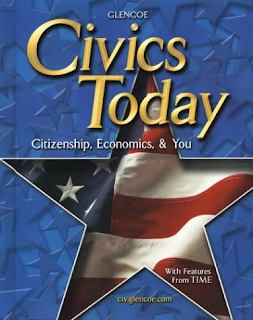 Sometimes liberals and progressives long for the days of the "moderate right-wing republican / democrat" conservative ideology.

But actually they long for what they think or have heard that "moderate right-wing ideology" is.

The "memo", a.k.a. "manifesto", of Lewis Powell (blue dog), who later became a Supreme Court Justice by way of a nomination by President Richard Nixon, purports to describe a strategy of protecting "American Values."

In today's post, or in a series of posts if necessary, I will make an attempt to show that the fundamental ideology and strategy of that Powell memo or manifesto is erroneous ideology, because it is neither moderate, American, nor intellectually honest at its foundation, being composed of one or more false premises.

The memo begins with language that seems to be "moderate right-wing ideology" in one sense:


No thoughtful person can question that the American economic system is under broad attack. This varies in scope, intensity, in the techniques employed, and in the level of visibility.

(The Powell Memo ... Manifesto, circa August, 1971). A broad attack on "the American economic system" was the fundamental dynamic offered as the basis for putting "moderate right-wing ideology" into action.

It is easy to see that Powell's manifesto begins with a straw-man argument, then uses that logical fallacy to set up an argument for a process to tear down that straw-man:


Sources of the Attack

The sources are varied and diffused. They include, not unexpectedly, the Communists, New Leftists and other revolutionaries who would destroy the entire system, both political and economic. These extremists of the left ... the chorus of criticism come from perfectly respectable elements of society: from the college campus, the pulpit, the media, the intellectual and literary journals, the arts and sciences, and from politicians. In most of these groups the movement against the system is participated in only by minorities. Yet, these often are the most articulate, the most vocal, the most prolific in their writing and speaking.

(ibid, "The Powell Memo ... Manifesto", emphasis added). Oh, it is those who are "the most articulate, the most vocal, the most prolific in their writing and speaking", who are of course the "minorities."

Yeah, "that's the ticket" as John Lovitz would say.

This "moderate right-wing ideology" which the Powell manifesto sets up, is the straw-man argument that the minorities are out to destroy the American economy (cf. Ayn Rand: Patron Saint of The Plutocracy).

To say that "the American economic system", as Powell put it, "is under broad attack" by "minorities" is not intellectually honest, not moderate ideology, rather, it is rank racism and rank feudalism in the extreme (see e.g. American Feudalism - 6).

Powell then, after setting up the false premise, goes on to project a formula for instilling an authoritarian business party platform ("the enterprise system") to replace American government with a plutocracy and a plutonomy, while calling it "democracy" (see e.g. The Homeland: Big Brother Plutonomy - 9).

The father of the military NSA's spying on all peoples everywhere, J. Edgar Hoover, had the Powell dogma down to a science that neoCons could believe in years before Powell embraced it.

He spied on minorities using the power of government secrecy, which led to one or two of America's greatest shames:


The FBI and Bay Area police were rounding up alien Japanese again today. The searches and arrests, said Nat J.L. Pieper, FBI chief here, were being made “on allegations of contraband and known association with Japanese nationalistic groups.”
...
Within a week the reception center at Manzanar, in the Owens Valley, will be ready to receive hundreds of alien and American-born Japanese who must evacuate the Pacific Coast military area.

More than 100 carpenters and mechanics directed by Lieut. Col. W.B. Higgins, of the Corps of Engineers, are rushing construction of the center for the Wartime Civil Control Administration. The WCCA is the military-civilian organization that will handle evacuation and resettlement problems, under supervision of Lieut. Gen. John L. DeWitt, commander of the Western Defense Command and Fourth Army.

They will be classified as to professions and occupations, and remain at the centers only until they are able to complete plans for re-establishing themselves in back-from-the-coast regions from which they are not banned by military decree.

Persons facing evacuation were warned today against “stalling” or unintentionally taking too much time to straighten our their affairs before leaving the military areas.

The next step in operation of the WCCA, General DeWitt said, will “border on enforced removal.”
...
Hoover, influenced by his work at the Library of Congress, decided to create a massive card index of people with left-wing political views. Over the next few years 450,000 names were indexed and detailed biographical notes were written up on the 60,000 that Hoover considered the most dangerous. Hoover then advised Palmer to have these people rounded up and deported.

On 7th November, 1919, the second anniversary of the Russian Revolution, over 10,000 suspected communists and anarchists were arrested in twenty-three different cities. However, the vast majority of these people were American citizens and had to be eventually released. However, Hoover now had the names of hundreds of lawyers who were willing to represent radicals in court. These were now added to his growing list of names in his indexed database.

(The Queens of Stalingrad - 2). Notice that the military was at the heart of these activities, in concert with non-military law enforcement, to deprive Americans of their constitutional rights in the name of "American values" (which is military sadism: How The Official Pleasure In Torture is Analyzed).

Some of the seeds of this latest infestation of bullying (On The Origin of The Bully Religion) is being exposed by the forced release of documents purporting to show us that "Bush II" (The Dogma of The High Priest In Chief) made "us" (the military NSA) do it (see NSA declassifies Bush II era docs).

There is growing protest and disgust toward the military NSA and its Orwellian ideology that is fit for the despots of empire (NSA and GCHQ targeted aid agencies and European officials – live updates, Israeli Officials angry at NSA spying), but some writers think that the military NSA will ignore the sharp criticism (NSA surveillance programme: 'It's going to get worse').

In the military NSA minds, they are "saving America" from those highly educated lefties in the minorities after all, by spying on everyone everywhere.

What will they do next, cancel food stamps and unemployment insurance benefits for those who really need them, while raising the military NSA and other war budgets in order to save the economy?
Posted by Dredd at 6:45 AM