The plastics industry, a subsidiary of Oil-Qaeda, has been upset by posts on Dredd Blog over the years that expose their psychopathic state of mind.

It disturbs the priests, mullahs, and other deceivers of Oil-Qaeda that some of those Dredd Blog posts have used the words "continent", "ocean", and "garbage" in the same title, sentence, and/or paragraph in a manner which reveals the true terroristic nature of Oil-Qaeda.

Before getting into the posts that got their Oilah-Akbar up, take a look at a partial list of the products they make from dirty fossil fuels, a.k.a. dirty oil: 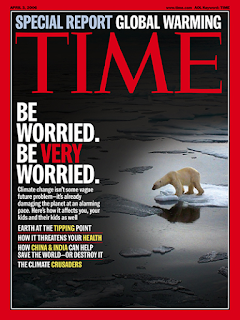 (A Closer Look At MOMCOM's DNA - 2). That post also points out that petroleum is also in Twinkies of all things, so, as it turns out we are never out of sight of that which addicts us to the machinations of the terrorists of Oil-Qaeda.

Going back to the first post of that series Dredd Blog pointed out:


... the current reign of plastic is bad because the leaders in the plastic industry are hooked on petroleum.

(A Closer Look At MOMCOM's DNA). An LA Times article which was linked to in that Dredd Blog post says:


Just as America is addicted to oil, it's positively hooked on plastic.

Americans rely on plastic made from crude oil and natural gas in virtually every aspect of our lives — from soda bottles to car parts to toys. And yet even as the Gulf Coast oil disaster is causing more Americans to rethink their dependency on petroleum, we're doing a poor job of reusing the plastic we already have.

(Plastics). In the post The Peak of Health And The Peak of Oil we pointed out that medicine capsules, syringes, medical devices, foods, and a host of other health related items are made from or are dependent upon the dirty oil addiction civilization is victim to.

This is the gist of it: a) Oil-Qaeda has brought us to the terrifying point where we are addicted to oil and the many products made from it; b) oil is a finite substance; c) it will become more expensive as it begins to become more scarce; d) it is causing pollution that is destroying the life on planet Earth; and e) therefore the terrifying truth is that Oil-Qaeda is in the business of destroying civilization as we know it.

It is time for Oil-Qaeda to be dismantled, its architects punished, and for civilization to return to sanity.

The word "continent" in the context Dredd Blog has used it in these series, obviously was not intended to mean a land mass of garbage.

The word "gyre" means a circling ocean current that traps garbage within it, and to an honest broker using the two words in context, would not be too difficult to figure out that the two together means the same as the latin that the word "continent" is derived from: "something that serves as a container or boundary."

In that continuing context, yet another continent of ocean garbage has been recently found:


Samples were collected every 50 nautical miles westward to Easter Island, then onward to Pitcairn Island, totaling 48 samples along a 2424 nautical mile straight-line transect. Eriksen selected the route based on an ocean current model developed by Nikolai Maximenko (University of Hawaii, Honolulu) that predicts accumulation zones for floating debris. The research team recorded increased density of plastic pollution with an average of 26,898 particles per square kilometer, and a high of 396,342 km/m2 in the center of the predicted accumulation zone. This confirms the existence of yet another oceanic ‘garbage patch.’

(A New Garbage Patch Discovered, emphasis added). Since Dredd Blog began this series some years ago Oil-Qaeda is telling stories all around the Internet which try to cover-up the horrid reality of the ongoing demise of the oceans, from Oil-Qaeda's plastics to Oil-Qaeda's green house gases.

The videos below show what is visible at times from space, whether by infrared, by subsurface-radar, or within the visible light spectrum.