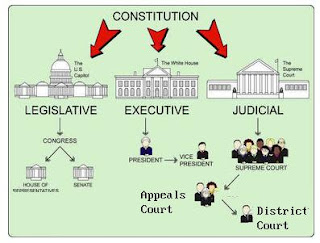 In the first post of this series, on this very date years ago (in fact it was over 1,300 posts ago), Dredd Blog discussed one famous case written down in the annals of American jurisprudence.

There have been many famous cases since that case was decided some two centuries ago.

In today's post we will remember that post, and that case, which is possibly the oldest case to have eventually sparked the realization that appointing judges to the U.S. Supreme Court, and other federal courts, is one of the more critical considerations for a citizen to ponder, when contemplating who to vote for when voting for an occupant of the office of the president:
Today marks the 206th year since the world famous Marbury v Madison case was decided.

In a case that concerns what is called "immunity", the congress passed a bill allowing the DOJ to, in effect, give retro-active immunity to telephone companies that helped Bush II get access to all of your phone and email records without a warrant. Contra the 4th Amendment of our constitution.

Wikileaks has provided more information as to why the executive branch must be watched (Guardian).
Posted by Dredd at 3:19 PM