The Matriarch of The Matrix

In the hit movie The Matrix, the writers of that production articulated well a society of individuals who were inundated 24/7 by an illusionary world generated by a propaganda matrix.

The sole purpose of that all encompassing propaganda matrix was to incessantly cover up and hide from that shell encased populace the reality of their history of involuntary servitude to a very well hidden ruling elite.

Individual humans in that society were embryo like, physically weak, yet fully grown in size, who were attached to the matrix with cable connections that formed a cyborg-like umbilical cord into their subconscious, so that a fully false reality could be pumped into them.

The purpose of the false reality was to perpetuate a well established involuntary servitude to a ruling power structure called "The Sentient Machines".

Other cable connections pumped hydroponic garden style nourishment into them as they grew and existed inside their eggshell like encasement, while other cable connections took energy from them to distribute over a power grid to ultimately end up as the source of sustenance for those who completely ruled over them body, soul, and mind.

The action in the movie comes from the fact that a few humans have escaped from the matrix induced mental slavery to The Sentient Machines, have returned to their original state of mind and physical being, and are, as a consequence of their awakening, mounting an underground counter-coup, counterrevolution, and/or insurrection against their overlords (The Sentient Machines).

In today's post we will consider a hypothesis that society today is not substantially different in principle from that fictional world, 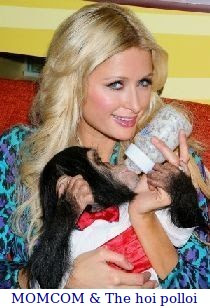 but of course does, in degree only, vary from The Matrix (at least from place to place, from time to time, or from person to person).

The 1%, as they have been called recently (Dredd Blog calls them MOMCOM), equate to The Sentient Machines.

The 99%, as they have been called recently, equate to the involuntary human servants of The Sentient Machines.

The underground counter-coup, counterrevolution, and insurrection against The Sentient Machines, those who have been awakened to the enslavement of humanity (e.g. Morpheus, Neo, and Zion's populace) equates to the movement that has recently been called The Occupy Movement.

The Matrix, the carrier of the 1%'s enslaving message equates to the vast 24/7 American Establishment Corporate For-Profit Media (e.g. the press), which Dredd Blog has nicknamed Blind Willie McTell News.

In American society today, behind the scenes, when the 1% think that no one is listening, the 1% call the 99% "the hoi polloi", which is to say "the great unwashed".

That contempt the 1% have for the 99% was recently shown by the statement of Newt Gingrich who recently exclaimed that The Occupy Movement should take a bath, a Freudian link to the 1%'s contempt for the great unwashed, the hoi polloi.

It is also fitting that "newt" means lizard, that "ging" means catapult (the propaganda), and that "rich" is his status after his "service to the government" (he says he taught Fannie Mae "history" for a cold 1.8 million dollars).

The next episode of this series is here.
Occupy your liberty baby!