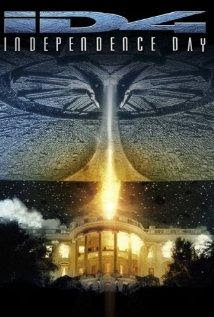 The contrived story is about an alien race who travel through the cosmos wasting planets by using up all the planet's resources, then moving on to the next planet (in this case, Earth).

This is a complete scientific falsehood, violating the smell test, the common sense test, as well as the fundamental cosmic test.

Those civilizations who destroy their planet's ecosystem cannot survive long enough to develop the technology that produces the kind of space travel necessary for interstellar migration.

Thus, the movie is MOMCOM propaganda developed with the intention of deceiving the public into forgetting that our survival requires that we take excellent care of our planet.

Another purpose is to deceive the populace into dependence on the military doctrine that the military is the mother of all freedom, when in fact the opposite is true.
Posted by Dredd at 7:21 AM