The Chamber of Corruption - 4

In The Chamber of Corruption series that began about a year ago, Dredd Blog pointed out how rancid a once helpful organization had/has become.

Banker Jekyll Will Hyde Your Money, which began about a year and a half ago, is another series where we look into the psychosis of the plunder barons who are too big to jail.

As it turns out, these two ghoulish entities have now been joined together by the national amygdala.

Fusion of shadows of the past into a rock of impotent incompetence is depicted by blogger Randy's painting shown in this post.

The new entity, Jekyll-Hyde, is now festering beyond the pale into an attack dog enterprise dedicated to destroying the last vestiges of truth telling efforts, efforts we have traditionally called "journalism" or "the free press". 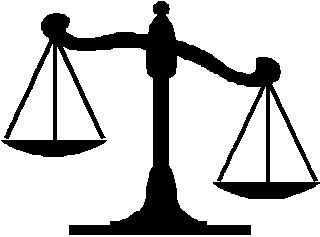 with an orgasm of putrid propaganda practices which once upon a time would have made even them blush in shame.

The downward spiral we spoke of yesterday as a category five tornado of demise is represented full on by this alegory, this microcosm, this corrupt model, which all spawns from the DNA of MOMCOM.

This vortex of intellectual bankruptcy in the U.S.A. is now being, and will continue to be, exposed for what it is.

The story was broken by a hack into the emails of these establishment mobsters by Anonymous, as Glenn Greenwald explains:


As I noted on Friday, the parties implicated in the smear campaigns aimed at WikiLeaks supporters and Chamber of Commerce critics have

attempted to heap all the blame on HBGary Federal ("HBGary") and its CEO, Aaron Barr. Both Bank of America and the Chamber -- the intended clients -- vehemently deny any involvement in these schemes and have harshly denounced them. The other two Internet security firms whose logos appeared on the proposals -- Palantir Technologies and Berico Technologies -- both issued statements terminating their relationship with HBGary and insisting that they had nothing to do with these plots. Only Hunton & Williams and its partner, John Woods -- the central cogs soliciting these proposals -- have steadfastly refused to comment.

(Smearly Leeks). The foreign government driven ideology of King Mohammed impels The Chamber of Corruption to attack even the families of journalists who dare to expose their corruption.

It is the kinky kingly thang to do these daze.