A Methanol Economy Way Out Of Here - 3 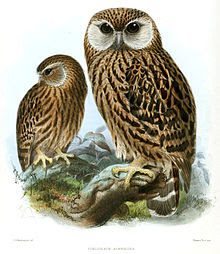 In this series of posts we have been pointing out that there is no one solution to the resource problems like peak oil or the oil induced global warming and climate change.

The more likely-to-succeed approach is to use all available renewable resources to counter the mounting problems.

Methanol was used in Indianapolis 500 race cars for decades, because it is powerful.

It can be made from "thin air" by removing carbon dioxide, it can be modified for use in diesel engines, and it is water soluble, as our prior posts show.

But it, like ethanol, is only one of many solutions we have at our finger tips already.

One of the mounting problems is extinction:


Most of the 17 imperiled species are mammals - the Arctic fox, polar bear, caribou or reindeer, muskox, and Pacific walrus, as well as four whales - gray, beluga, bowhead and narwhal. Four ice seals are also at risk - the ringed, bearded, harp and ribbon seals. The report names three seabirds in jeopardy - the Kittlitz's murrelet, spectacled eider and ivory gull; and also finds the sea butterfly, a species of plankton, to be at risk of extinction.

(Polar Ice Loss Accelerates Again, see also). A long list of human caused extinctions was pointed out in the post On The Memorial Daze, which evidently will see no end until civilization ends.

New research shows that carbon dioxide is the prime factor in the atmosphere which has a controlling position in the causes of the global temperature, even though it is cited by deniers as having zero effect on global temperature.

The next post in this series is here, the previous post is here.
Posted by Dredd at 7:31 AM