Withdrawal of The Meaning Of Combat

One of the classic techniques of MOMCOM propaganda is to change the meaning of words, thereby changing the entire discussion of a subject without doing anything substantial.

The exercise then becomes Shakespearean, a play on words, a play on subject matter, and a play about deceiving the public about what is really happening.

That is where we are concerning the Iraq war, where we have always been, and the mercenary place we are now going to.

The Iraq war was initiated under false pretence after false pretence, the plot changing, thickening and morphing like a jar head politician caught with a hand or two in the cookie jar.

The oil barons of MOMCOM who run the White House and Congress, when it comes to the subject of the Iraq and Afghanistan wars, are in word change mode.

They are redefining the term "combat troop" by changing the meaning of "combat".

Under the old dictionary, a "combat troop" was one who initiated incursions into Iraqi cities or neighbourhoods without provocation.

Those "combat troops" are leaving Iraq we are told, to be replaced with troops who have the same gear, same weapons, same mission, but who are not "combat troops".

The reason they are not "combat troops" is that they will not initiate incursions into Iraqi cities or neighbourhoods without provocation, meaning, they will return an attack only when they are fired upon or otherwise attacked. 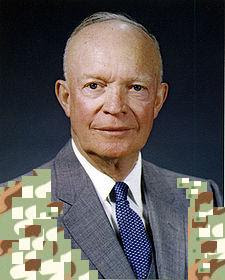 Dredd Blog has pointed out that those who watch the world oil markets carefully are expecting Iraq to be the number one oil producer in the world in a relatively short time.

The billion dollar "embassy" constructed with money taken from Americans against their will (homes, health care, jobs), is MOMCOM headquarters (but not 'military' budget) for manipulating and managing the Iraqi oil in order to save desperado addict economies from withdrawal pains.

Oh MOMCOM, you are so Shakespearean as you lead civilization into the final death spiral by poisoning the world with your imperialistic delusions and your junkie oil.
Posted by Dredd at 6:12 AM