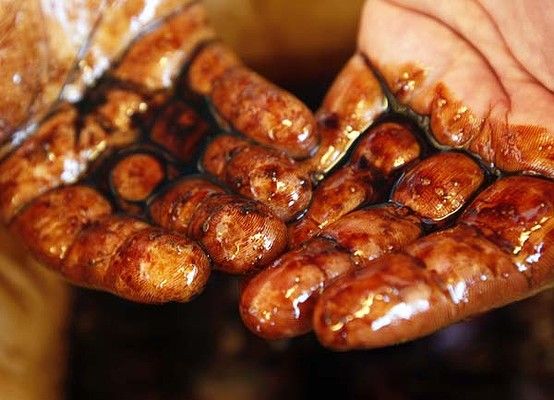 I thought that offshore drilling had been put on hold pending a resolution of the cause of the Deepwater Horizon debacle that threatens millions of people, billions of fish, birds, and the entire Gulf of Mexico ecosystem.

Evidently not, since an appellate court yesterday gave the go-ahead for Arctic drilling:


A three-judge panel of the 9th U.S. Circuit Court of Appeals rejected a case that challenged federal approval of Shell's exploratory drilling plans in the Chukchi and Beaufort seas.

The court determined that the federal Minerals Management Service met its obligations to consider the potential threat to wildlife and the risk for disaster before it approved Shell's Arctic Ocean project.

Shell Oil, a unit of Royal Dutch Shell PLC, hopes to drill three exploratory wells in the Chukchi and two in the Beaufort this summer with a 514-foot drilling ship, the Frontier Discoverer.

(Huffington Post). The U.S. federal government is certifiably criminally insane to allow millions of people to be put at risk with these promiscuous dealings that are bringing on the demise of civilization, and the degradation of life as we know it.

If Obama does not intervene and stop this drilling we can say that the federal government is intentionally destroying the human habitat on behalf of the Oilstate.

Since the 1973 oil embargo and the 1956 validation of peak oil by scientists, the federal government as a lackey for the Oilstate MOMCOM has repeated the mantra "things can't change overnight".

Senator Kerry repeated the mantra a day or so ago when he unveiled and proposed toothless capitulation legislation misnamed and called a climate improvement bill.

That puts him of the list of federal goverment officials who are not as smart as a fifth grader.
Posted by Dredd at 7:31 AM