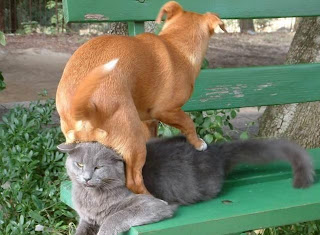 I was watching Keith Olbermann last evening where those commenting were using the "L" word (lie) when talking about the onslaught of statements of "fact" by members of the neoCon far right wing of the republican party.

They were saying plain and clear that when certain members of congress have their lips moving they are lying.

It is the most obvious characteristic of that party at this juncture in time.

So I thought I would revisit one place where their delusions originated and how they have morphed, which begins with their kidnapping of Adam Smith by changing the meanings of what he said:


DAVID BARSAMIAN: One of the heroes of the current right-wing revival [circa 1995] ... is Adam Smith.

NOAM CHOMSKY: ... What we would call capitalism he despised. People read snippets of Adam Smith, the few phrases they teach in school ...

He also made remarks which ought to be truisms about the way states work. He pointed out that its totally senseless to talk about a nation and what we would nowadays call "national interests." ...

The version of him that's given today is just ridiculous ... if you look at the myth of Adam Smith, which is the only one we get, the discrepancy between that and the reality is enormous ...

It's the same when you read Jefferson. He lived a half century later, so he saw state capitalism developing, and he despised it, of course. He said it's going to lead to a form of absolutism worse than the one we defended ourselves against ...

There's a side current here which is rarely looked at but which is also quite fascinating. That's the working class literature of the nineteenth century. They didn't read Adam Smith and Wilhelm von Humboldt, but they're saying the same things. Read journals put out by the people called the "factory girls of Lowell," young women in the factories, mechanics, and other working people who were running their own newspapers ... They recognized that the point of the system was to turn them

into tools who would be manipulated, degraded, kicked around, and so on. And they fought against it bitterly for a long period. That's the history of the rise of capitalism.

The other part of the story is the development of corporations, which is an interesting story in itself. Adam Smith didn't say much about them, but he did criticize the early stages of them. Jefferson lived long enough to see the beginnings, and he was very strongly opposed to them. But the development of corporations really took place in the early twentieth century and very late in the nineteenth century. Originally, corporations existed as a public service. People would get together to build a bridge and they would be incorporated for that purpose by the state. They built the bridge and that's it. They were supposed to have a public interest function. Well into the 1870s, states were removing corporate charters. They were granted by the state. They didn't have any other authority. They were fictions. They were removing corporate charters because they weren't serving a public function. But then you get into the period of the trusts and various efforts to consolidate power that were beginning to be made in the late nineteenth century. It's interesting to look at the literature. The courts didn't really accept it. There were some hints about it. It wasn't until the early twentieth century that courts and lawyers designed a new socioeconomic system. It was never done by legislation. It was done mostly by courts and lawyers and the power they could exercise over individual states. New Jersey was the first state to offer corporations any right they wanted. Of course, all the capital in the country suddenly started to flow to New Jersey, for obvious reasons. Then the other states had to do the same thing just to defend themselves or be wiped out. It's kind of a small-scale globalization. Then the courts and the corporate lawyers came along and created a whole new body of doctrine which gave corporations authority and power that they never had before. If you look at the background of it, it's the same background that led to fascism and Bolshevism. A lot of it was supported by people called progressives, for these reasons: They said, individual rights are gone. We are in a period of corporatization of power, consolidation of power, centralization. That's supposed to be good if you're a progressive, like a Marxist-Leninist. Out of that same background came three major things: fascism, Bolshevism, and corporate tyranny. They all grew out of the same more or less Hegelian roots. It's fairly recent. We think of corporations as immutable, but they were designed. It was a conscious design which worked as Adam Smith said: the principal architects of policy consolidate state power and use it for their interests. It was certainly not popular will.

(Class Warfare, Noam Chomsky, 1995, emphasis added). And so we come to the neoCon far right Supreme Court Five decision in Citizens United v FEC, where corporations were given the signal to go ahead and take over 95% (up from 60%) of U.S. elections as a coup de gras on traditional U.S. democratic elections.

The elections in '94 with the right wing insurgency of that time is like the one in '00, which is beginning to take shape again if certain indicators hold steady.

Another pattern I see repeated is "A lot of it was supported by people called progressives".

These repetitions have many similar genetic patterns, the same difference being that the germ became a seed, which has now grown into a devouring monster.

The next post in this series is here.
Posted by Dredd at 5:43 AM