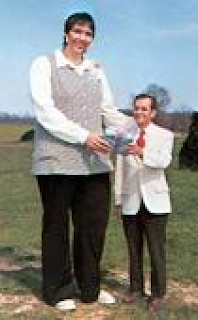 About an anniversary ago there was a post on this blog entitled "Wee The People".

Not much has changed since then in terms of the tension and struggle between "we the people" and "we the government".

A few million more homes lost, jobs lost, and health care lost while more of the 700 bases in Afghanistan are being built as our states, counties, and cities fail.

Symbolic of the disdain despots tend to have against the people is this story about IRS:

The really odd part of this: The letter that was hand-delivered to Zeff's on-site manager showed the amount of money owed to the feds was ... 4 cents.

be hidden in foreign bank accounts by the one percenters, the warmongers who are plundering America.

(President James Madison). The mainstream media (MSM), Big Oil, and the Military are the "M" components of MOMCOM.

Their essential effort is to wee (continually minimize) the control of the people, while making government control over people big, Bigger, then BIGGEST.

The struggle is between attempts by the people to find a way to starve the monster, and attempts by MOMCOM to keep a big boot on the neck of the people, should the propaganda of the media fail to do the job of deceit.