The Pay As You Go Illusion 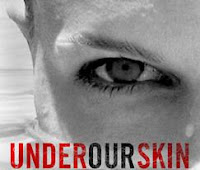 Neither congress nor the president realize that the propaganda that United States government can manage a budget, at this time, is seen as a fairy tale and a joke by the bulk of the population of the country.

In terms of economy, the government of the past decade is little more than the worst thing that could have happened to the nation.

The millions of people of the country are responsible for producing thousands of goods and services, and making wonderful things for the good life of past generations.

The government has been the problem for too long, because they enable a vast criminal mentality to flourish, and the people are fed up with that.

What "pay as you go" must mean, if this empire is to last, is "accountability".

Those who take a seat in government must be held accountable for their civil wrongs and for their crimes and pay as they go.

The motto must become "if you do wrong while in the public trust you will pay and you will go"; that is pay go we can believe in.
Posted by Dredd at 7:42 AM