A comment sparked a walk to contemplate a problem, then something dawned on me, so we have some improvement to consider.

In the process of graphing sea level change (SLC) fingerprints, it is better to isolate the changes (the 'C' in SLC), do the math, and then present only the results.

The basic structure is the same: the official historical pattern of the tide gauge station being graphed is still presented in the upper left view, with the data of three contributors-of-influence presented in the other three views (a 4-view graph - Fig. 1).

The individual values of those three (Glaciers, Greenland, and Antarctica) still add up to the "Combined" view values.

What is different is that the PSMSL millimeter values (that tend to be at about 7000 mm RLR (Revised Local Reference) range) have now been adjusted to begin at zero (PSMSL data hovers in the high 6000s to the low 7000s, so you subtract or add to derive the change values).

It is easier to see the dimensions of change over time using the new way, and it requires no subtraction etc. to get the values.

The graph itself has the beginning and end values in the left-most column of vertical numbers.

I think that is a better notion of an SLC fingerprint, because the purpose of the fingerprint technique is to inform us about where the change originated.

Now, we also hypothesize how much change was involved at the source (where the ice is melting) in any given year, and also at the terminus, which is the tide gauge station.

This improved format tells us when, and how much, came from each source, and the total of the three sources is summed, then presented in the upper left "Combined" view.

Dr. Mitrovica mentioned, in his video presented on Dredd Blog several times, that even unjustified criticism can spur us to better action, but in this case it was constructive commenting that helped out (On The West Side of Zero).

Regular reader Randy mentioned something here, basically saying "all that a reader has to do is ... ".

I thought "yes, but readers should not have to do that, the model should do that for them."

Bingo, at the same time that the improvement method was conceptualized, the way to do that also seeped through my hard cranium into the gray matter.

So, the fingerprinting R us dynamics have taken a leap forward.

In the first post of this series I graphed Juneau and New York, because they were examples of both sea level fall (SLF) and of sea level rise (SLR).

In Calling All Cars: The Case of the "Missing Six" - 4 some of the "golden twenty-something" tide gauge stations were also graphed "the old way." 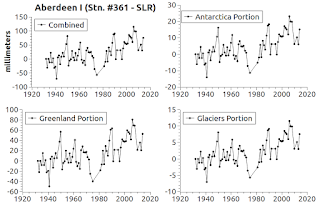 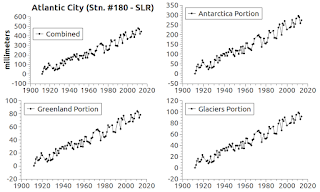 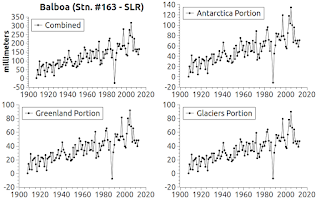 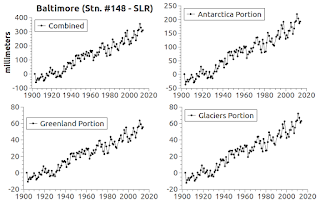 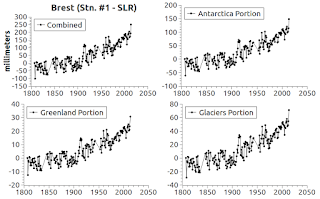 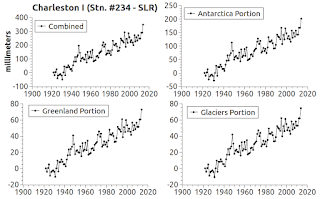 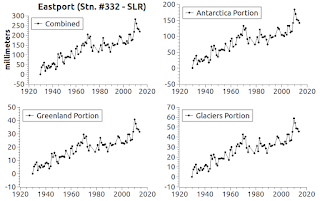 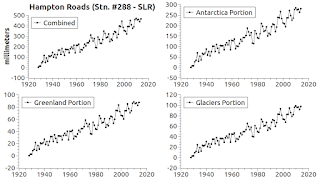 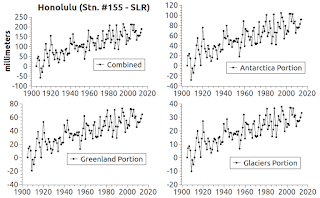 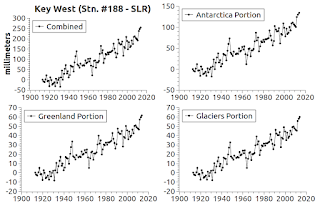 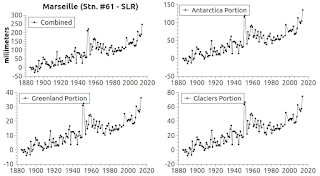 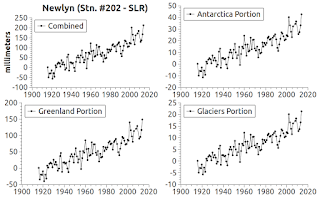 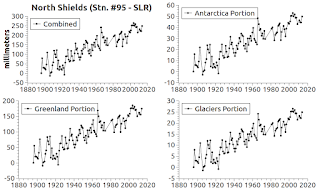 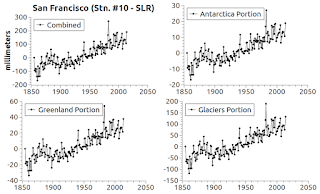 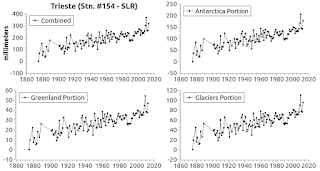