Economic War Of The Pacific - 5 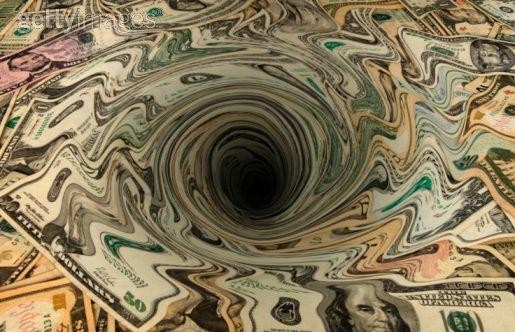 Regular readers know that Dredd Blog has been watching events on the economic front from time to time.

Events that show the damage our lusty military spending is doing to our economy.

Various aspects of this phenomenon concern world currency, various import-export aspects of international trade, and the incessant waste caused my military madmen who want to murder and plunder across the globe.

Whether or not one wants to argue that these economic results are the affect of decline of one nation, the rise of another, or the rise of many, the essence of what we have been talking about is:

(A Decline Of The American Republic, 2, 3, quoting Fareed Zakaria). I think that the predictions of the founders indicates a decline caused by imperialism, warmongering, and draining the economy of the middle class (The Greatest Source Of Power Toxins?).

One statistic of the data, which Dredd Blog has pointed out, is that the U.S. is no longer number one, rather, China is an economic power now:


Hang on to your hats, America.

And throw away that big, fat styrofoam finger while you’re about it.

There’s no easy way to say this, so I’ll just say it: We’re no longer No. 1. Today, we’re No. 2. Yes, it’s official. The Chinese economy just overtook the United States economy to become the largest in the world. For the first time since Ulysses S. Grant was president, America is not the leading economic power on the planet.

It just happened — and almost nobody noticed.

The International Monetary Fund recently released the latest numbers for the world economy. And when you measure national economic output in “real” terms of goods and services, China will this year produce $17.6 trillion — compared with $17.4 trillion for the U.S.A.

As recently as 2000, we produced nearly three times as much as the Chinese.

To put the numbers slightly differently, China now accounts for 16.5% of the global economy when measured in real purchasing-power terms, compared with 16.3% for the U.S.

This latest economic earthquake follows the development last year when China surpassed the U.S. for the first time in terms of global trade.

(Economic War Of The Pacific - 4, quoting Market Watch). The economists from Cygnus who "helped" to get us into this mess are morphing into apologists (e.g. Forbes).

But, outside their clueless bubble there are volumes of reality available (‘Our Kids: The American Dream in Crisis’, Capital, a book by Thomas Piketty).

Meanwhile, as usual, China is not sitting or holding back, they are still on the move:


"Protests over democracy in Hong Kong may be preoccupying the Chinese leadership, but a subject of still greater international importance is being played out this week behind closed doors in Washington. China is bidding to enter the heart of global finance by establishing its currency, the renminbi, as part of an ubiquitous monetary unit used in official transactions around the world." - USA Today
"China is calling for a global currency to replace the dominant dollar, showing a growing assertiveness on revamping the world economy ahead of next week's London summit on the financial crisis.

The surprise proposal by Beijing's central bank governor reflects unease about its vast holdings of U.S. government bonds and adds to Chinese pressure to overhaul a global financial system dominated by the dollar and Western governments. Both the United States and the European Union brushed off the idea.

The world economic crisis shows the "inherent vulnerabilities and systemic risks in the existing international monetary system," Gov. Zhou Xiaochuan said in an essay released Monday by the bank. He recommended creating a currency made up of a basket of global currencies and controlled by the International Monetary Fund and said it would help "to achieve the objective of safeguarding global economic and financial stability."

Zhou did not mention the dollar by name. But in an unusual step, the essay was published in both Chinese and English, making clear it was meant for a foreign audience." - ABC News
"China-rmb-world-currency

When I arrived to Bangkok the other day, coming down the motorway from the airport I saw a huge billboard—and it floored me.

The billboard was from the Bank of China. It said: “RMB: New Choice; The World Currency”

Given that the Bank of China is more than 70% owned by the government of the People’s Republic of China, I find this very significant.

It means that China is literally advertising its currency overseas, and it’s making sure that everyone landing at one of the world’s busiest airports sees it. They know that the future belongs to them and they’re flaunting it." - Simon Black

That notion of becoming independent of the world currency, the U.S. dollar, has caused recent wars (MOMCOM and The Sins of Libya, 2, 3, cf. a discussion of "the foreigner trance": Comparing a Group-Mind Trance to a Cultural Amygdala).

The forefathers clearly warned us against exactly what is taking place today:

War is the parent of armies; from these proceed debts and taxes; and armies, and debts, and taxes are the known instruments for bringing the many under the domination of the few. In war, too, the discretionary power of the Executive is extended; its influence in dealing out offices, honors, and emoluments is multiplied: and all the means of seducing the minds, are added to those of subduing the force, of the people.

The same malignant aspect in republicanism may be traced in the inequality of fortunes, and the opportunities of fraud, growing out of a state of war, and in the degeneracy of manners and of morals, engendered by both.

No nation could preserve its freedom in the midst of continual warfare.

Those truths are well established." - James Madison
“Experience has shown that even under the best forms of government those entrusted with power have, in time, and by slow operations, perverted it into tyranny.” – Thomas Jefferson
"If Tyranny and Oppression come to this land, it will be in the guise of fighting a foreign enemy." - James Madison

An empire that is committing suicide by waging wars to acquire the poison crude oil that is destroying the only habitat we must preserve in order to survive.