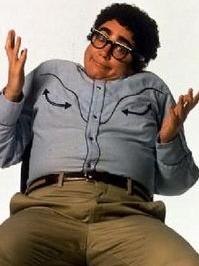 This series has been about the government and business miscalculating the detrimental impact that their propaganda has on the public.

They evidently do not think that using misinformation, lies, and other forms of propaganda to control and manipulate the public has an adverse impact on the public.

Let's hope that is the case, instead of the alternative, which would be that they deliberately damage the minds of the populace with falsehood.

As it turns out, many of us in western civilization are out of touch with the most simple of factors in and around us, for example, notice some of these details:


The average person has a pretty poor understanding of things like what proportion of the population are immigrants or Muslims, what percentage of teenage girls get pregnant each year and how the government spends our money. But are we uniquely ignorant in Britain?

It turns out that people in other countries are just as wrong – in fact, often much more so than the British. Americans think that a quarter of US teenage girls give birth each year – when it is actually 3%. The US is also one of the countries that are furthest from reality on the extent of immigration, with an average guess of 31%, when the actual proportion is 13%.

The French think 30% of the population are Muslims, when the real figure is 8%. The French are also too pessimistic about others’ democratic engagement: they think only 58% voted in the last presidential election, when 80% did.

Looking across all the questions, Britain actually does relatively well: we’re fifth most accurate out of 14 countries in the “index of ignorance”. Italy is the most wrong, with the US next worst.

(Guardian, emphasis added). That article wonders "out loud" as it were about why this is so:


"The ‘index of ignorance’ raises not only a wry smile, but questions over why people’s perceptions are so far from reality ..."

(ibid). In this series and others I have said, based on what some educators say, that it is because of the institutionalization of lies within society by western governments:

And one of the striking features of the modern period is the institutionalization of that process, so that we now have huge industries deceiving the public — and they're very conscious about it, the public relations industry. Interestingly, this developed in the freest countries—in Britain and the US — roughly around time of WWI, when it was recognized that enough freedom had been won that people could no longer be controlled by force. So modes of deception and manipulation had to be developed in order to keep them under control."

(The Deceit Business). The right to lie does not end at the doorstep of government and business, at least in the U.S. where there is a right to lie (It Takes A Culture To Raise A Compulsive Liar).

The suicide rates are going up and people hardly even know where they are these days (You Are Here).

Perhaps the government and big business need to stop being the main ignorance generators (Terror Psychosis) in western society (Agnotology: The Surge)?