Conundrum: Floods with Droughts (and Extinctions) 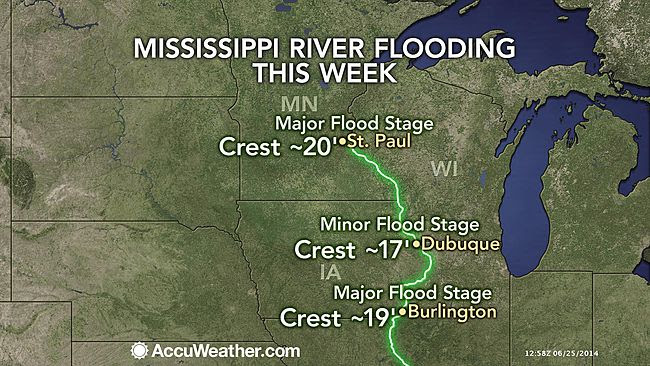 Floods and droughts don't normally mix, that is, major flooding and major droughts would properly seem to be happening at different times.

But we are getting severe drought and severe flooding at the same time in the sense that seven of our states are running out of water, while the graphic above shows that the Mississippi River is in flood stage (Seven States Running Out of Water, Mississippi River on the Rise).

One year the Mississippi River water level is so low that barge traffic can't go through, so the Army Corp. of Engineers uses explosives to make it deeper in shallow places.

In the next or another year the water level is at a dangerous flood stage, so they use explosives to destroy the levies so as to intentionally flood farm land upstream --ostensibly to protect the cities downstream (All Weather is Local - 4).

One year tornadoes reach a high number, the next year they reach a low number (On The Origin of Tornadoes - 4).

Around the globe the description for this conundrum is "chaotic."

The chaotic weather within our damaged global climate system is to be expected, because things that are damaged do not behave in a proper working order (The Damaged Global Climate System).

The president called for a task force to look at some of the consequences of green house gases and other pollutions.

The list of agencies he assigned leads one to think that he is serious as a heart attack:

(o) such [other] executive departments, agencies, and offices as the Co-Chairs may designate.

(White House Memo, emphasis added). His words concerning the problem indicate that the "problem is serious and requires immediate attention to ensure the sustainability of our food production systems, avoid additional economic impact on the agricultural sector, and protect the health of the environment" (ibid).

Perhaps the DoD will switch to renewable energy (Military Use of Fossil Fuel) and businesses will become involved (Cashing in on Apocalypse) in a non-polluting manner.