Life In The Ferengi Home World - 3 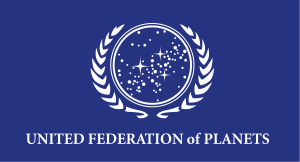 In the first and second posts of this series Dredd Blog considered the science fiction series Star Trek.

More specifically, that subject was narrowed down to a look at a species of humanoids called the Ferengi.

The Ferengi humanoids had a culture that was driven by what could be described as a "benign laissez faire capitalism" fused with a religion which could be called "the prosperity gospel."

More on those concepts in a moment.

But first, I wanted to inject something that the Star Trek episodes never considered: what if the Ferengi took over the United Federation of Planets ("the Federation") after becoming militant?

In short, what would a Ferengi coup, so as to take over the Federation, look like once it had settled in?

In today's post I will argue that it would look like The United States of Military Empire which is now entering into the final phase of the modern resource wars.

Wars that feed a planet destroying frenzy which will eventually bring down current civilization, and take it back to the Stone Age (at best ... and if we are "lucky").

Before we go there, let's remember what the Ferengi were like prior to the coup:


Their home planet ... is the center of the Ferengi Alliance and is governed by the Grand Nagus and a Commerce Authority made primarily of the Council of Economic Advisors (formerly Board of Liquidators). Like most of their culture, their religion is also based on the principles of capitalism: they offer prayers and monetary offerings to a "Blessed Exchequer" in hopes of entering the "Divine Treasury" upon death, and fear an afterlife spent in the "Vault of Eternal Destitution".

(Life In The Ferengi Home World). Now, take a look at the modern religion that will have been fused into the mix:


Prosperity theology (sometimes referred to as the prosperity gospel or the health and wealth gospel) is a Christian [or Mithraic] religious doctrine which claims the Bible teaches that financial blessing is the will of God for Christians.

Its proponents teach that the doctrine is an aspect of the path to Christian dominion over society, arguing that God's promise of dominion to Israel applies to Christians today.

The doctrine emphasizes the importance of personal empowerment, proposing that it is God's will for his people to be happy. The atonement (reconciliation with God) is interpreted to include the alleviation of sickness and poverty, which are viewed as curses to be broken by faith.

(Ayn Rand: Patron Saint of The Plutocracy). Now, let's add the third and final ingredient into this mix, so as to bring it all home.

When fully played out this involves, first, a military coup (not a coup d'état, rather a military policy coup see e.g. this and this).

Let's review a description of that one final additional ingredient:


"The Worldwide control of humanity’s economic, social and political activities is under the helm of US corporate and military power. Underlying this process are various schemes of direct and indirect military intervention. These US sponsored strategies ultimately consist in a process of global subordination.

Where is the Threat?

The 2000 Global Report published in 1980 had outlined “the State of the World” by focusing on so-called “level of threats” which might negatively influence or undermine US interests.

Twenty years later, US strategists, in an attempt to justify their military interventions in different parts of the World, have conceptualized the greatest fraud in US history, namely “the Global War on Terrorism” (GWOT). The latter, using a fabricated pretext constitutes a global war against all those who oppose US hegemony. A modern form of slavery, instrumented through militarization and the “free market” has unfolded.

Major elements of the conquest and world domination strategy by the US refer to:


1) the control of the world economy and its financial markets,

2) the taking over of all natural resources (primary resources and nonrenewable sources of energy). The latter constitute the cornerstone of US power through the activities of its multinational corporations.

The US has established its control over 191 governments which are members of the United Nations. The conquest, occupation and/or otherwise supervision of these various regions of the World is supported by an integrated network of military bases and installations which covers the entire Planet (Continents, Oceans and Outer Space). All this pertains to the workings of an extensive Empire, the exact dimensions of which are not always easy to ascertain." (American Feudalism - 6)

"In terms of pure projectable power, there’s never been anything like it. Its military has divided the world -- the whole planet -- into six “commands.” Its fleet, with 11 aircraft carrier battle groups, rules the seas and has done so
largely unchallenged for almost seven decades. Its Air Force has ruled the global skies, and despite being almost continuously in action for years, hasn’t faced an enemy plane since 1991 or been seriously challenged anywhere since the early 1970s. Its fleet of drone aircraft has proven itself capable of targeting and killing suspected enemies in the backlands of the planet from Afghanistan and Pakistan to Yemen and Somalia with little regard for national boundaries, and none at all for the possibility of being shot down. It funds and trains proxy armies on several continents and has complex aid and training relationships with militaries across the planet. On hundreds of bases, some tiny and others the size of American towns, its soldiers garrison the globe from Italy to Australia, Honduras to Afghanistan, and on islands from Okinawa in the Pacific Ocean to Diego Garcia in the Indian Ocean.  Its weapons makers are the most advanced on Earth and dominate the global arms market. Its nuclear weaponry in silos, on bombers, and on its fleet of submarines would be capable of destroying several planets the size of Earth.  Its system of spy satellites is unsurpassed and unchallenged.  Its intelligence services can listen in on the phone calls or read the emails of almost anyone in the world from top foreign leaders to obscure insurgents.  The CIA and its expanding paramilitary forces are capable of kidnapping people of interest just about anywhere from rural Macedonia to the streets of Rome and Tripoli.  For its many prisoners, it has set up (and dismantled) secret jails across the planet and on its naval vessels.  It spends more on its military than the next most powerful 13 states combined.  Add in the spending for its full national security state and it towers over any conceivable group of other nations.

In terms of advanced and unchallenged military power, there has been nothing like the U.S. armed forces since the Mongols swept across Eurasia." (Epigovernment: The New Model - 5)

In other words, the final fusion is composed of:


1) a once-benign laissez faire capitalism that has morphed into unrestrained cancerous plunder,

2) a prosperity gospel religion that sees the rich as being holier than the poor ("the 99%") and a fundamental doctrine of "the poor are poor because they are not worthy", and

3) a morph from "defense of self" into a military-power based imperialism that basically has the crude, infantile philosophy of "me like, so me can take."

In short, the return of feudalism, or if you prefer, the advent of neo-feudalism, which is in essence the use of military power to accumulate a new type of concentrated wealth based upon the military control of environmental resources.

The kicker in this movie is that this takes place on a planet with an environment that must be healthy and undamaged to support those Ferengi and everyone else.

However, in their psychopathic state they can no longer see the relevance of that issue.

In other words, it is a cognitive-storm-surge engendered by cultural amygdala circuits in people in power who can no longer fathom the importance of anything other than consumption of resources in order to make more profit to become even more wealthy and powerful.

That they are animating the death of their civilization is of no moment to them, which brings up a parenthetical question ("where are the 99 percent?").

And/or, consider: Stockholm Syndrome on Steroids? - 2 ...