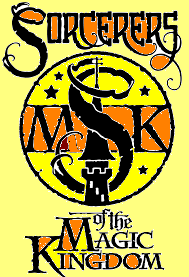 Let's talk about the religion of Oil-Qaeda, which has tenets that have now become government policy.

The religious tenet, which they try to pass off as science, is epitomized in the Bible's old testament book of Kings:


So Elijah went to Zarephath, and as he came to the town gate, he saw a widow gathering firewood. “Please bring me a drink of water,” he said to her. And as she was going to get it, he called out, “And please bring me some bread, too.”

She answered, “By the living LORD your God I swear that I don’t have any bread. All I have is a handful of flour in a bowl and a bit of live oil in a jar. I came here to gather some firewood to take back home an d prepare what little I have for my son and me. That will be our last meal, and then we will starve to death.”

“Don’t worry, “Elijah said to her. “Go on and prepare your meal. But first make a small loaf from what you have and bring it to me, and then prepare the rest for you and your son. For this is what the LORD, the God of Israel, says; ‘The bowl will not run out of flour or the jar run out of oil before the day that I, the LORD, send rain.’”

The widow went and did as Elijah had told her, and all of them had enough food for many days. As the LORD had promised through Elijah, the bowl did not run out of flour nor did the jar run out of oil.

(1 King 17:10-16, emphasis added). Now let's hear what the International Energy Agency wants us to believe, as well as some opposing scientists, so we can compare the conflicting stories:


So, what is peak oil? In short, peak oil will occur when the extraction rate of this resource ceases to rise. Typically, this point is reached when half or less of a natural commodity has been removed. It is the peak of the bell curve; the point at which the tail is longer than the rise to the top.

Last month, Time reported that peak oil had been certified dead by the International Energy Agency (IEA). It seems that unconventional energy sources in North America have delayed the onset of peak oil. To proclaim that peak oil is dead, however, is a little misleading. It would be more accurate to say that peak oil is dormant, or at least, that the rate at which oil is extracted is likely to continue on a bumpy plateau for longer than anticipated.

Of course, it is possible to argue over the exact point at which global peak oil will arrive, but at some time in the not too distant future, we are going to have deal with this problem. Oil is a finite resource and as such, it cannot sustain indefinite extraction.

(Preparing for Extinction of Petroleum Man,  emphasis added). The oil barons want us to believe they can do the same oil miracle that the prophet Elijah did for the widow.

Is it good government policy to believe that petroleum is not a finite resource which will become more and more scarce as it is used up?

Is such magical cornucopia thinking the proper basis for sound public policy?

Then there is the other magical thinking which is a belief that using oil as fuel, which increases carbon dioxide content in the atmosphere, has no damaging impact on The Global Climate System (Terrarists).