On The Origin of The Bully Religion - 3 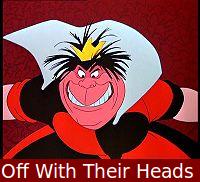 What kind of culture would you expect within a nation that spends more on weapons and war than all the rest of the other nations of the world combined?

That is, add up how much nations spend on weapons and war to derive a total.

Leaving out of course, while adding up the totals, the one nation you think spends the most, then combine the individual national amounts of each nation to see which of all the nations of civilization add up to being "worthy" of having the capitol (a.k.a. "The Temple of The Lard") of the world's Bully Religion:


“The United States spends more on defense [a.k.a. warmongering] than all the other nations of the world combined. Between 1998 and 2011, military spending doubled, reaching more than seven hundred billion dollars a year — more, in adjusted dollars, than at any time since the Allies were fighting the Axis.”

(New Yorker, January 2013). Add to that a U.S. rape epidemic, a United Nations investigation into treaty-violating U.S. drone invasions, a suicide epidemic, and you might just wonder what is going on within such a society that produces ass-holes, psychopaths, and official insanity.


... "the genetic argument allows us the luxury of ignoring past and present historical and social factors. In the words of Louis Menand who wrote in the New Yorker very astutely:


“It’s all in the genes”: an explanation for the way things are that does not threaten the way things are. Why should someone feel unhappy or engage in antisocial behavior when that person is living in the freest and most prosperous nation on Earth? It can’t be the system! There must be a flaw in the wiring somewhere.”

... which is a good way to put it. So the genetic argument is simply a cop-out that allows us to ignore the social and economic and political factors that in fact underlie many troublesome behaviors" ...

(The "It's In Your Genes" Myth, quoting Dr. Maté). Research in the discipline of epigenetics shows that behavior can be passed down through generations in ways other than evolutionary genetic alteration.

I subscribe to the Cultural Amygdala hypothesis, which basically says we are culturally stuck with the bed the powers that be have made for us, which is the one we ought not choose to sleep in.