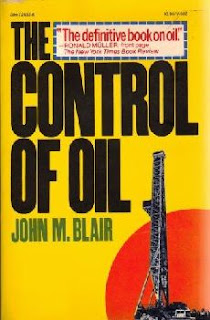 There has been some flickering and some increase in brightness in the few lights out there on the horizons of the future.

Many are hoping that it is a sign of good news or a sign that there is light at the end of the current tunnel of doom.

A doom which has unfortunately been brought to us by the doomers of Oil-Qaeda (a "doomer" is one who brings doom; one who warns of doom is a public servant).

The Hagel and Kerry nominations to Secretary of Defense and State give rise to hope.

Hope that the wretched, warmongering madness of recent neoCon vintage, beginning with Bush II, has some potential of fading into the bad-memory-hole of recent history.

Fighting wars to take poison from other nations so we can use it on ourselves is somewhere on the wrong side of the border between sanity and insanity.

Add to that the rumors that President Obama is contemplating hosting a climate summit, and the optimists among us light up with anticipation:


Barack Obama may intervene directly on climate change by hosting a summit at the White House early in his second term, environmental groups say.

They say the White House has given encouraging signals to a proposal for Obama to use the broad-based and bipartisan summit to launch a national climate action strategy.

"What we talked about with the White House is using it as catalyst not just for the development of a national strategy but for mobilising people all over the country at every level," said Bob Doppelt, executive director of the Resource Innovation Group, the Oregon-based thinktank that has been pushing for the high-level meeting. He said it would not be a one-off event.

"What I think has excited the White House is that it does put the president in a leadership role, but it is not aimed at what Congress can do, or what he can do per se, so much as it is aimed at apprising the American public about how they can act."

(Guardian). Not a bad idea in the light of 2012 being the warmest year in the contiguous United States by a clear margin:


If you found yourself bundling up in scarves, hats, and long underwear less than usual last year, you weren't alone: 2012 was the warmest year on record in the contiguous United States, according to scientists with The National Oceanic and Atmospheric Administration.

The average temperature for 2012 was 55.3 degrees Fahrenheit, 3.2 degrees above normal and a full degree higher than the previous warmest year recorded -- 1998 -- NOAA said in its report Tuesday. All 48 states in the contiguous U.S. had above-average annual temperatures last year, including 19 that broke annual records, from Connecticut through Utah.

“We’re taking quite a large step,” said Jake Crouch, a climate scientist from the NOAA National Climatic Data Center, which has recorded temperatures in the contiguous U.S. for the past 118 years.

(2012 Was Hottest Year, emphasis added; see also State of the Climate). A full degree jump is a “quite a large step” as the climate scientist indicated.

Meanwhile, according to award winning economist Joseph Stieglitz the catastrophic damages done by global warming induced climate change are adding up to being the greatest threat to our economic recovery:


In the shadow of the euro crisis and America's fiscal cliff, it is easy to ignore the global economy's long-term problems. But, while we focus on immediate concerns, they continue to fester, and we overlook them at our peril.

The most serious is global warming. While the global economy's weak performance has led to a corresponding slowdown in the increase in carbon emissions, it amounts to only a short respite. And we are far behind the curve: because we have been so slow to respond to climate change achieving the targeted limit of a 2C rise in global temperature will require sharp reductions in emissions in the future.

Some suggest that, given the economic slowdown, we should put global warming on the backburner. On the contrary, retrofitting the global economy for climate change would help to restore aggregate demand and growth.

(Guardian, emphasis added). One can see why stopping the oil wars, weakening the strangle hold of Oil-Qaeda, and stopping our ecocidal habits, have some in the climate change community cautiously optimistic.

The word Dredd Blog emphasizes is "cautiously," especially in the light of statements by Secretary of the Interior Salazar that the U.S. is firmly committed to drilling in the Arctic, even in the face of a dangerous performance heretofore.

Visit NBCNews.com for breaking news, world news, and news about the economy
Posted by Dredd at 6:07 AM