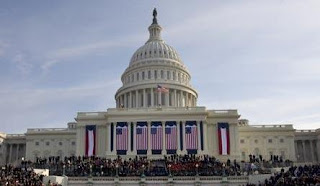 We pointed out in the first post of this series that warmongers among us think that health care is the number one threat to the nation.

This was well before the Affordable Care Act ("ObamaCare") was passed.

The military journal that Dredd Blog quoted in the first post stated:

(Your Health Is Their Number 1 Enemy?!, quoting National Defense Magazine). I can hear the calls for impeachment of Chief Justice Roberts because he is giving aid and comfort to "the enemy."

One wonders how so soon the military can forget that their oath is to the Constitution, not to the military, not to the national populace, not to politics, and not to war.

As Dredd Blog pointed out in the post made before the decision to uphold ObamaCare:


Wise up folks, it is a Pogo moment: "We have met the enemy and it is us."

The enemy is not health care.

(Supreme Court Decides The Health Care Law). Settle down now, we are in the 21st Century musketeers.

The previous post in this series is here.
Posted by Dredd at 6:51 AM