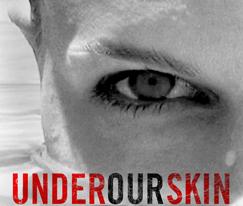 The environment of the Earth has evidently gotten under the skin of politicians in a certain state.

The environment of the Earth may become criminal in nature if certain laws are passed in the State of North Carolina.

That state may also need to update its motto to "The Official State of Denial."

Evidently these politicians in North Carolina are in the process of passing a law that will outlaw sea level rise above and beyond what their state legislators declare:


There is virtually universal agreement among scientists that the sea will probably rise a good meter or more before the end of the century, wreaking havoc in low-lying coastal counties. So the members of the developers’ lobbying group NC-20 say the sea will rise only 8 inches, because … because … well, SHUT UP, that’s because why.

That is, the meter or so of sea level rise predicted for the NC Coastal Resources Commission by a state-appointed board of scientists is extremely inconvenient for counties along the coast. So the NC-20 types have decided that we can escape sea level rise – in North Carolina, anyhow – by making it against the law. Or making MEASURING it against the law, anyhow.

(Scientific American, emphasis added; Guardian). Never mind that the actual, measured sea level rise is legal in the neighboring state of Virginia, and is already more than twice the amount North Carolina is going to allow to be legal:


“We’ve got the highest rate of sea level rise on the East Coast,” said Skip Stiles, executive director, Wetlands Watch, who will be making a presentation on the historic, current and future sea level changes and potential impact on the Eastern Shore.

Stiles said some of the evidence of sea level rise visible to people who spend time around the water include seeing wetlands disappear, ditches going tidal, backyard vegetation changes, and “ghost forests” — full grown trees that are dead along the shore because the water is “moving in underneath them.”
...
Stiles said all of the Virginia tide gage measurements are showing about the same rise of a foot and a half over the last 100 years.

(VA SHORE ..., [they tried to hide this, but see here, here, and here]). How North Carolina legislators plan to keep "their ocean level" lower than "Virgina's ocean level" is going to be fun to watch.

The governmental institutionalization of dementia and deceit has been the subject of Dredd Blog posts from time to time (e.g. Agnotology: The Surge, Exceptional American Denial, Etiology of Social Dementia, and The Peak of Sanity).

Note, in contrast, that some other nations have made the environment something to obey, which means "don't abuse it" (e.g. Someone Figured It Out).

The USGS indicates that past estimates of sea level rise have been underestimates by a factor of 4, while another study indicates that the east coast areas north and south of New York rise four times more than the global average (16=4x4).