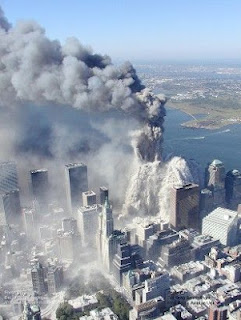 In the previous post of this series Dredd Blog quoted members of the 9/11 Commission, and others, who said that Saudi Arabia funded 15 of the 19 9/11 hijackers.

Those officials also said that the federal government is, and has been for ten years or so, covering that reality up.

The media, i.e. Hardball and Morning Joe on MSNBC, carried the story, which is noteworthy on its own (see videos below).

A perplexing mystery was also asserted, in that they came to the conclusion that the ongoing cover-up was and is due to our addiction to Saudi Arabian oil (see videos below); a perplexing mystery that is in effect the practice of crimes hidden in plain sight:


The MSNBC videos at the bottom of this post contain, first, discussions of the case between Chris Matthews of Hardball, ex-CIA agent Baer, and NY Times investigative reporter Lichtblau.

They discuss the sworn testimony of two U.S. Senators, one of whom was a commissioner on the 9/11 Commission, the other was the chairman of the Joint Congressional Committee overseeing the 9/11 issues.

Chris Matthews asks CIA agent Baer why the U.S. government did not go after Saudi Arabia back then, and why they still are not doing so now.

Agent Baer replied that it is because we needed Saudi Arabia to be on our side in the Iraq war then, they had big oil then, and still have big oil now.

(Fighting Terrorism For 200 Years - 2). What is wrong with this picture that brought a war against cavemen in Afghanistan, another war against an uninvolved country, all the while letting a guilty country get away with it?


Visit msnbc.com for breaking news, world news, and news about the economy