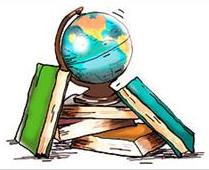 In a recent post, Dredd Blog discussed the failure of the social engines that produce American knowledge.

Today "we", you readers and I, will again go through some other interesting information associated with some of  that post's listed reasons for the failures of some of these knowledge engines in contemporary American society.

Among several links in that recent post, one link referred to another Dredd Blog post which discussed Edward L. Bernays, who was the nephew of Sigmund Freud.

To begin to expand that background into today's post, let's notice an interesting development, which is that Sigmund Freud has fallen from grace in contemporary educational circles tasked with knowledge production:


In this respect, at least, contemporary hostility to Freud expresses a sound intuition. What Freud offers is a way of thinking in which the experience of being human can be seen to be more intractably difficult, and at the same time more interesting and worthwhile, than anything imagined in the cheap little gospels of progress and self-improvement that are being hawked today.

If Freud has been misunderstood, neglected or repudiated, he would have expected nothing else. He is rejected now for the same reason that he was rejected in fin-de-siècle Vienna: his heroic refusal to flatter humankind.

(Prospect Magazine). That article contains a great discussion of the well known minds that were at work during Freud's lifetime, a time of worldwide stress and tension, not unlike our world today.

Before moving along, I should also mention something often overlooked, Freud's sense of humor and courage, both clearly indicated in that article:


As his correspondence with Einstein confirms, he did not share the hope that reason could 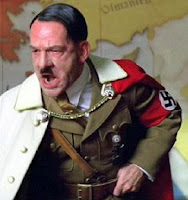 deliver humankind from the “active instinct for hatred and destruction,” which was clearly at work in Europe at the time. When he left Nazi-occupied Austria to spend the last year of his life in Britain, he knew that the destruction that lay ahead could not by then be prevented. But fate could still be mocked, and so defied. When leaving Austria, Freud was required to sign a document testifying that he had been well and fairly treated. He did so, adding in his own hand: “I can most highly recommend the Gestapo to everyone.”

(ibid). Edward L. Bernays studied the results of his uncle Freud's research into the nature of the subconscious mind.

Based upon that study of Freud's work, Bernays went on to prove, in my opinion, that Freud was on to something.

If Freud was so utterly wrong, Bernays could not have developed such a finely tuned propaganda engine based substantially upon Freud's work.

An understanding of propaganda unparalleled in world history and admired not only in America, but also admired by the most infamous propagandists of all time:


Bernays work inspired Joseph Goebbels; more than any other individual ...

(PR! A Social History of Spin). Bernays had also written about a certain dinner at his home in 1933:


[Bernays remembers that] Karl von Weigand, foreign correspondent of the Hearst newspapers, an old hand at interpreting Europe and just returned from Germany, was telling us about Goebbels and his propaganda plans to consolidate Nazi power. Goebbels had shown Weigand his propaganda library, the best Weigand had ever seen. Goebbels, said Weigand, was using my [Bernays'] book Crystallizing Public Opinion as a basis for his destructive campaign against the Jews of Germany. This shocked me. ... Obviously the attack on the Jews of Germany was no emotional outburst of the Nazis, but a deliberate, planned campaign.

(New World Encyclopedia). Now, let me tie this background of Bernays into the American engines of knowledge production that we have been discussing.

I will begin with a momentary focus on a comment made on Dredd Blog by an American student who had read a Dredd Blog post concerning Bernays:


Although I have an extensive education in the field of social work and likely encountered his theories at some point I do not recall this person.

(A Closer Look At MOMCOM's DNA - 4, comment by Marcelle). After reading the Dredd Blog post which explained the great impact Bernays has had on American knowledge production (or the lack thereof, depending on your viewpoint), that blogger was somewhat amazed to not have remembered Bernays.

The individual who was such a master of propaganda that he was the favorite of Goebbels, and who is the foundation of American propaganda, does not, like his uncle Sigmund, seem to be mentioned in contemporary American knowledge for some "reason" (wink, wink).

The next post in this series is here.
Posted by Dredd at 12:41 PM