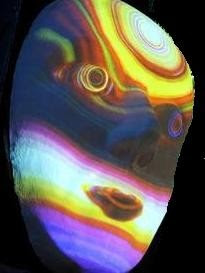 In this series that began in August of 2010, we have hypothesized that the Iraq war was about civilization's addiction to oil, and the resultant panic reaction to peak oil, a panic that will never end so long as we continue to traverse the downslope of the peak of sanity.

The showmen say that the Iraq war is over now, the oil barons say we won the war because we secured possibly the largest supply of oil known, and the statesmen say winning the peace is the traditional American way (because wars cannot really be won), but they also hope it is a real step in a better direction.

The propaganda engines of MOMCOM are talking about all that freedom we created in Iraq, even as the mid-east curse ("may America bring you freedom") is uttered incessantly to sectarian opponents.

Those in the know realize that the "freedom" which was created there was the freedom for oil barons to exploit and plunder the oil in Iraq, the oil that should have been used to enrich the Iraqi people, not the plundering invader drug warlords.

Those oil drugsters who run the U.S. government military and media now have the world's largest "embassy" in Iraq, overseeing untold numbers of mercenaries contracted from down the street in the U.A.E. where Haliburton of Cheney, Blackwater of Prince, and USCENTCOM of MOMCOM have set up headquarters.

The plan is going according to the schedule Dredd Blog has projected in this series:


“Crude oil expansion plans in the medium term are moving apace, with capacity now forecast to increase by 2.33 million b/d to 38.1 million b/d by 2016,” IEA said in its latest monthly report.

“Iraq accounts for 80% of the increased capacity, followed by the UAE and Angola,” IEA said, noting that capacity growth is 200,000 b/d higher than its previous forecast for the 2010-16 period.

(PO, 12/13/11, emphasis added). Those who thought oil had nothing to do with the Iraq war may stay in denial, but will look more and more foolish as time goes on:


Iraq hopes to increase production from the present 2.7 million barrels per day to 13.5 million by 2018.

(Scotsman, emphasis added). Will Syria and Iran be the next middle eastern nations to "secure the blessings of oil" for the homeland plutocracy?