Will The Military Become The Police? - 3 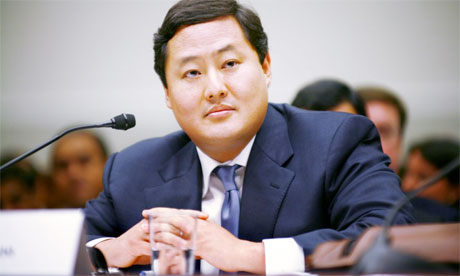 This series deals with the ideology and circumstances which engendered the original Posse Comitatus Act (18 U.S.C. § 1385) at the end of The Civil War.

We will address that law as the "PCA" in this post, as we discuss the incessant attacks on the PCA which followed those devastating events that happened in Manhattan, at the Pentagon, and in Pennsylvania on 9/11/01 in the USA.

A military website offers this interpretation of the law in question, the PCA:

“Whoever, except in cases and under circumstances expressly authorized by the Constitution or Act of Congress, willfully uses any part of the Army or Air Force as a posse comitatus or otherwise to execute the laws shall be fined under this title or imprisoned not more than two years, or both.”

The PCA does not apply to the U.S. Coast Guard in peacetime or to the National Guard in Title 32 or State Active Duty status. The substantive prohibitions of the Posse Comitatus Act (PCA) were extended to all the services with the enactment of Title 10 USC, Section 375. As required by Title 10 USC, Section 375 the secretary of defense issued Department of Defense Directive 5525.5, which

precludes members of the Army, Navy, Air Force, or Marine Corps from direct participation in a search, seizure, arrest, or other similar activity unless participation in such activity by such member is otherwise authorized by law.

The United States Congress has enacted a number of exceptions to the PCA that allow the military, in certain situations, to assist civilian law enforcement agencies in enforcing the laws of the U.S. The most common example is counterdrug assistance (Title 10 USC, Sections 371-381). Other examples include: Prohibiting direct military involvement in law enforcement
Military support to civilian law enforcement is carried out in strict compliance with the Constitution and U.S. laws and under the direction of the president and secretary of defense.

That military web page seems to be little more than propaganda, if one reads a Dept. of Homeland Security contractor website, where Bybee & Yoo lawyer types openly call that military website verbiage a myth:

(The Myth of Posse Comitatus, DHS contractor website, bold added [UPDATE: the government "lost" this page (wink, wink), so use The Wayback Machine copy]). You just have to notice the doublespeak used by Major Craig T. Trebilcock when writing the piece, using known propaganda techniques of the Bybee & Yoo type.

Trebilcock's insertion and use of "homeland defense" in place of "civilian law enforcement", as the operative clause in the text, tortures the original meaning and purpose of the law.

Clearly it is ridiculous and absurd for Trebilcock to define "civilian law enforcement" as a "homeland defense" of the type done by national military operations.

DHS contract lawyer Trebilcock's text, if it was honest and above board, would read:

(ibid). This reveals how radical of a change DHS contract lawyer Trebilcock indicates has taken place in the law called the PCA.

Trebilcock says PCA is now nothing more than a "procedural formality", not really any "impediment to the use of U.S. military forces" in civilian law enforcement, even though the military website has language to the contrary.

Who is telling the truth, USNORTHCOM's military website, or Trebilcock on the Department of Homeland Security contractor website?

The answer is: neither one is telling the whole truth.

The military has said in public to the press that a plan is in place for the military to perform a massive civilian law enforcement exercise never before seen in America:

The military knew of Trebilcock's perspective, they knew what was on their own military website, and they knew that Trebilcock calls PCA "myth", so they must have anticipated or somehow brought about change Trebilcock can believe in.

How they modify national reality is: being able to change the law when they want to.

Let's add to our discussion federal legislation that is coming up for a vote next week, which will impact the spirit of the PCA, and will put it into the same category Trebilcock did, rendering the PCA a procedural formality, not an actual impediment to the use of U.S. military forces in civilian law enforcement.

That federal legislation went into committee as Senate Bill "S. 1253", which contained the following text:

(S. 1253, Subtitle D, Sec. 1031). That would echo and mirror the original intent of the PCA, but that text was changed in committee to now read:


(d) CONSTRUCTION. — Nothing in this section is intended to limit or expand the authority of the President or the scope of the Authorization for Use of Military Force.

(S. 1867, Subtitle D, Sec. 1031). The bill ends up, among other things, being about using the military for domestic civilian law enforcement in the manner DHS contract lawyer Trebilcock had indicated.

In other words, the military will be used as a federal police force in domestic matters as the The Phoenix Business Journal, quoting military sources, indicated.

Federal military soldiers eventually being used to put down any "Occupy" movements, anywhere they are too successful, is the likely scenario that is unfolding:


... Occupy is heavily surveilled and infiltrated ...

(Guardian, Naomi Wolf; see also this and this). This is exactly what Dredd Blog anticipated as an ongoing, increasingly military morph of civilian structures, and the military morph of the public fabric in the USA going forward ("lean forward"):


“Experience has shown that even under the best forms of government those entrusted with power have, in time, and by slow operations, perverted it into tyranny.” – Thomas Jefferson


The Senate passed the bill mentioned above (S. 1867), and the White House says it will veto it.

Meanwhile, the military unveils a plan, "The U.S. Army’s Operating Concept 2016-2028", for domestic military policing in case of problems ostensibly due to the bad economy, a plan which the military has worked on for a very long time:


A key and understudied aspect of full spectrum operations is how to conduct these operations within American borders ...

[Example Scenario]
...
The Great Recession of the early twenty-first century lasts far longer than anyone anticipated. After a change in control of the White House and Congress in 2012, the governing party cuts off all funding that had been dedicated to boosting the economy or toward relief. The United States economy has flatlined, much like Japan’s in the 1990s, for the better part of a decade. By 2016, the economy shows signs of reawakening, but the middle and lower-middle classes have yet to experience much in the way of job growth or pay raises.

Unemployment continues to hover perilously close to double digits, small businesses cannot meet bankers’ terms to borrow money, and taxes on the middle class remain relatively high. A high-profile and vocal minority has directed the public’s fear and frustration at nonwhites and immigrants. After almost ten years of race-baiting and immigrant-bashing by right-wing demagogues, nearly one in five Americans reports being vehemently opposed to immigration, legal or illegal, and even U.S.-born nonwhites have become occasional targets for mobs of angry whites.

In May 2016 an extremist militia motivated by the goals of the “tea party” movement takes over the government of Darlington, South Carolina, occupying City Hall, disbanding the city council, and placing the mayor under house arrest.

Activists remove the chief of police and either disarm local police and county sheriff departments or discourage them from interfering.

(Full Spectrum Operations). This allows them to use as much military force as possible (e.g. "The Powell Doctrine").

How do we know that they were not responsible for those "extremist militia" in a type of false flag op?
We have been here before, unfortunately. The following song is about four young Americans shot down in cold blood by ruthless people who follow any orders: