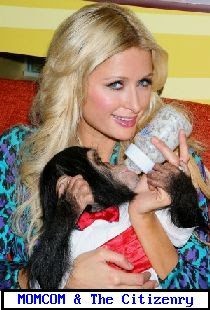 In the first post of this series, Dredd Blog touched upon the psychological transference of all the concepts that make up "the parental realm".

That transference goes from human parents to human government as we grow into adult citizens.

That is to say, the nourishment, both food and emotional nutrition, protection from danger, both physical danger and emotional danger, and the like, which children receive from parents, is, after such a transference, expected in whole or in part from institutions of civilization.

We can call such institutions "government", but with the realities of our culture, that concept must also include "business" (Dredd Blog calls the structure "MOMCOM").

The phrase "in loco parentis" means “in place of a parent” or “instead of a parent”, which, legally typically refers to less than the entire government, i.e., some agency of government, taking care of minors.

The phrase "parens patriae" means "parent of the country", a legal doctrine that grants the inherent power and authority of the state to some individual or official with the intention of protecting a person who is legally found to be unable to act on their own behalf.

Regular readers of Dredd Blog know that we advance the hypothesis that there is an expanded notion of these phrases in our culture, which stems from those germinating concepts, but goes well beyond children and mentally incapacitated people, to include the entire nation:


The conscious and intelligent manipulation of the organized habits and opinions of the masses is an important element in democratic society. Those who manipulate this unseen mechanism of society constitute an invisible government which is the true ruling power of our country. We are governed, our minds are molded, our tastes formed, our ideas suggested, largely by men we have never heard of. This is a logical result of the way in which our democratic society is organized ... They govern us by their qualities of natural leadership, their ability to supply needed ideas and by their key position in the social structure. Whatever attitude one chooses to take toward this condition, it remains a fact that in almost every act of our daily lives, whether in the sphere of politics or business, in our social conduct or our ethical thinking, we are dominated by the relatively small number of persons ... who understand the mental processes and social patterns of the masses. It is they who pull the wires which control the public mind, who harness old social forces and contrive new ways to bind and guide the world ...

(A Closer Look At MOMCOM's DNA - 4, quoting Bernays). I should mention in passing that this practice is very old in our society, going back to about World War I, according to those who have studied it closely:


One of the most important comments on deceit I think, was made by Adam Smith. He pointed out that a major goal of business is to deceive and oppress the public. And one of the striking features of the modern period is the institutionalization of that process, so that we now have huge industries deceiving the public — and they're very conscious about it, the public relations industry. Interestingly, this developed in the freest countries — in Britain and the US — roughly around time of WWI, when it was recognized that enough freedom had been won that people could no longer be controlled by force.

(The Ways of Bernays, quoting Noam Chomsky). I want to mention that recent genetic research alleges that this behavior of our ancestors is in some degree passed down through [epi]genetic inheritance:


... the life experiences of grandparents and even great-grandparents alter their eggs and sperm so indelibly that the change is passed on to their children, grandchildren, and beyond. It’s called transgenerational epigenetic inheritance: the phenomenon in which something in the environment alters the health not only of the individual exposed to it, but also of that individual’s descendants.

(ibid; also see this and this). Finally, for this post, lets add the discovery that microbes also have an effect on our genetic inheritance:

(The Undiscovered Side of Science & Life - 3). Of course, all of these are factors which would, along with the evolution of cultural norms, advance the notion that by now our society is quite comfortable with the authoritarian notions that go along with parental transference to MOMCOM.

This post is not saying that this concept of a virtual parent, to the extent it is reality, is wrong in and of itself, because the preamble of our constitution mentions the common defense and the common welfare which the "more perfect union", via "the government", is to provide for.

What this post is saying is that when this virtual parent has bad and dangerous habits, then like the Crosby, Stills, Nash, and Young song lyrics say, "teach your parents well" (straighten the gov up!).

Did you detect or experience any of the notions of the government parent protecting you during all of the 9/11 ceremonies yesterday on the tenth anniversary (did you hear the words "safe", "security", "there are people who want to hurt you that we protect you from")?
Posted by Dredd at 8:05 AM