In this series I will argue that the direction our nation is headed is to become a Big Brother Plutonomy at home, with a national foreign policy of Wartocracy, and a large domestic Police-Secretocracy to put down any resistance or rebellion within the homeland itself.

I will argue that this end-game is already in place, but at this time somewhat hidden in the corporate media generated shadows, with the full backing of militant forces within and without, all eager and willing to make themselves known, by coming out of the closet.

Finally, I will argue that the phrase "9/11 changed everything" means a departure, in terms of direction, from controlling the populace primarily via propaganda, which has been the model since about World War I, to a model of controlling the public once again primarily by force.

First let's address the notion of plutonomy, a description re-coined by the Wall Street Journal (WSJ):


... the U.S. is becoming a Plutonomy – an economy dependent on the spending and investing of the wealthy. And Plutonomies are far less stable than economies built on more evenly distributed income and mass consumption.

(The Graphs of Wrath, quoting WSJ). What that means is that the state of the economy (including jobs), good or bad, can be, and is, controlled by the 1% wealthy.

Since instability is inherent in a plutonomy, there must be a way to deal with the negative effects it has on the populace:


A new report by the U.S. Army War College talks about the 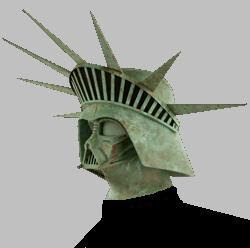 possibility of Pentagon resources and troops being used should the economic crisis lead to civil unrest, such as protests against businesses and government or runs on beleaguered banks.

(The Government of The Government, quoting The Phoenix Business Journal). That would mean that the plutonomy, as well as the method of enforcing it, are already in place.

But that type of control in and of itself is not enough to maintain a status quo in the long run, which leads us to the next issue, the Police-Secretocracy:


* Some 1,271 government organizations and 1,931 private companies work on programs related to counterterrorism, homeland security and intelligence in about 10,000 locations across the United States.

* In Washington and the surrounding area, 33 building complexes for top-secret intelligence work are under construction or have been built since September 2001. Together they occupy the equivalent of almost three Pentagons or 22 U.S. Capitol buildings - about 17 million square feet of space.

* Many security and intelligence agencies do the same work, creating redundancy and waste. For example, 51 federal organizations and military commands, operating in 15 U.S. cities, track the flow of money to and from terrorist networks.

* Analysts who make sense of documents and conversations obtained by foreign and domestic spying share their judgment by publishing 50,000 intelligence reports each year - a volume so large that many are routinely ignored.

(A Hidden World, Washington Post). Earlier today on MSNBC's Morning Joe, Dana Priest indicated that the secret police web is larger than she first reported in her article and book "Top Secret America", further mentioning on the show that Homeland Security is building a headquarters "larger than the Pentagon".

Finally, as to "9/11 changing everything", what I mean is that it changes everything about how the family-nation, parent-government model has been working.

When the government changed from physical control to mental manipulation, about the time of WWI, as the means of insuring the proper behavior of the populace (see The Deceit Business and The Ways of Bernays), it was following, for the most part, The Nurturing Parent model.

But now, after 9/11, it is switching back to The Strict Father model.

In Security: Familyland, Fatherland, or Homeland? we discussed the psychological dynamics scholars use to describe the "subconscious world-view" people have about the government of the nation, in terms of the nation representing a parenting figure.

If you want to know which model you favor, Strict-Father or Nurturant Parent, see if you can detect your reactions to the following video clip from The Dylan Ratigan Show:
In closing, let me say that Karl Marx would not agree with Dredd Blog, in terms of where this will end up.

He predicted that the American working class would revolt to take control of the means of production, removing that control from the elite.

The next post in this series is here.
Posted by Dredd at 5:43 AM