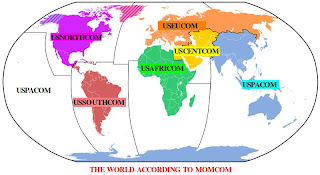 In the first and second posts in this series we pointed out some of what many will want to call the "Christian - like Parameters" for the beginning of The Age of Plunder within the USA.

In the recent post Is War An Art or Is War A Disease we pointed out that the military has won the war against the USA, by using the tactics of a Chinese General written down in his "Bible of war".

That book has been spread throughout the Military War Colleges in the USA and around "the world according to MOMCOM" (click on the graphic above for a larger view of that world).

That Chinese General always said that the better practice, when taking over a nation, is to do so without doing military damage to it.

The better tactic, according to those Chinese war philosophies, is to instead use deceit and propaganda to "win the hearts and minds" of the enemy nation.

The Chinese philosophy that war is an art composed primarily of deceit and propaganda is the thesis upon which The War Colleges of MOMCOM teach their students (a.k.a. "heroes" or "warriors").

We have pointed out previously that the western military religion is really Mithraism, and we pointed out their "Far Eastern Bible" in Is War an Art or Is War a Disease, linked to above.

Since world-grade fine art is quite expensive, and the graphic above shows 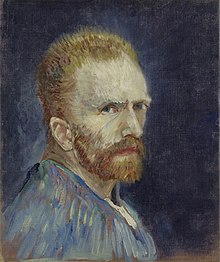 the worldwide scope of MOMCOM's art of war, it is not much of an exercise to realize that vast sums of money had to be piped to MOMCOM's many "sub-COMs" around the world.

And that piping of money had to be unfettered by any quaint Constitutional or Statutory constraints.

We refer you to this post and this post on Washington's Blog for some of the detail about how the money is shipped there, and simply ask that, while reading those posts, you remember that the relevant banks the treasury money is going to are international banks, both in scope and in ideology.

So, when funds are loaned to them by the USA fed at 0% here, which they then loan back to the government at 3%, that generates "money" which is then available for all of their foreign outlets in foreign nations too.

Can anyone say "theft by deception", plunder, or "money laundering?"

You can also read more on the "Series: Multiple Posts" page under the heading "PLUNDER".