The Reds Want Butter Too

The red congressional district in NY went blue in an election that focused on privatizing Medicare / Medicaid.

This morning the reds in congress (the momcommies), such as Paul Ryan (R-WI), are licking their wounds and explaining "how they were misunderstood".

They go on to say that they really only wanted to implement the policies of President Bill Clinton by getting rid of Social Security, Medicare, and Medicaid.

Whereupon they were immediately invited to the comedy circuit to repeat the big ones for the big laughter it generates in audiences across the nation. 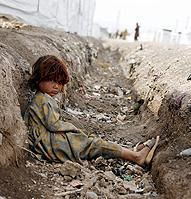 One poll of Teabaggers indicates that 70% of them do not want Medicare messed with in the momcommie way of things.

The guns v butter election season is coming on strong, and the right wing reds in the republican party are running for propaganda cover.

Especially since they have taken warmongering to new heights, dragging many blue dog democrats along with them.