Evolution From Left To Right 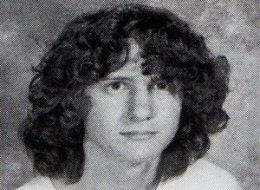 The photos in this post depict the dynamic personality evolution of Jared Lee Lochner, which, "coincidently", also tracks the evolution of the political philosophy of the body politic in the United States over the past few decades.

Some writers opine that some of this is a result of a broken mental health system:

There are countless unanswered questions about why Jared Loughner allegedly went on a shooting rampage, 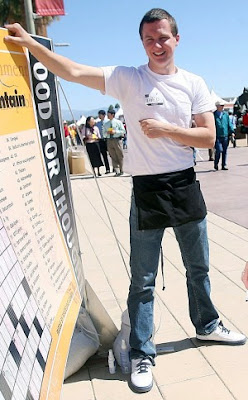 but of this we can be sure: across America there are thousands of parents of older adolescents and young adults who are terrified that their child’s strange behavior, paranoid rants, drinking, drug abuse, conspiracy fantasies, and other red flags of mental illness will lead to violence—possibly against a public figure like Rep. Gabrielle Giffords, possibly against a family member. That most of these parents have no idea what to do is frightening enough. It’s a national scandal that, even if they succeed in getting their child mental-health care before tragedy strikes, the system is set up to thwart them at every turn.

(Newsweek). Regular readers of Dredd Blog know that we have advanced the theory that national propaganda, ongoing for several generations now, has consequences, yes, even mental health consequences inflicted on the citizenry: 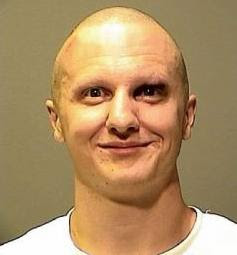 society. Those who manipulate this unseen mechanism of society constitute an invisible government which is the true ruling power of our country.
...

Whatever attitude one chooses to take toward this condition, it remains a fact that in almost every act of our daily lives, whether in the sphere of politics or business, in our social conduct or our ethical thinking, we are dominated by the relatively small number of persons — a trifling fraction of our hundred and twenty [now 320] million — who understand the mental processes and social patterns of the masses. It is they who pull the wires which control the public mind, who harness old social forces and contrive new ways to bind and guide the world.

It is the purpose of this book to explain the structure of the mechanism which controls the public mind, and to tell how it is manipulated by the special pleader who seeks to create public acceptance for a particular idea or commodity. It will attempt at the same time to find the due place in the modern democratic scheme for this new propaganda and to suggest its gradually evolving code of ethics and practice.

(A Closer Look At MOMCOM's DNA - 4). In that post we introduce the Father of Spin who not only wrote the book Propaganda, he also firmly believed in propaganda as a force for the good of the nation.

He was quite popular with public relations firms and politicians for obvious reasons.

In that post we also discussed new discoveries about DNA, and how experience works to morph DNA from point A to point B, from one generation to the next.

We quoted noted scholars in the post The Deceit Business, who point out that propaganda has grown into the very fiber of our national being.

In another series we question the validity of the theories of The Father of Spin, and point out the mysterious, incurable, but epidemic proportions of mental illness in these United States:

Some researchers are convinced that, whatever its cause, Alzheimer's disease is essentially an inflammatory condition, similar to rheumatoid arthritis ... there is no cure ... According to a report released in June 2001 by the Center for Disease Control and Prevention, Alzheimer's disease was the 8th main cause of death in the USA in 1999, rising from 12th position in 1998.

(Etiology of Social Dementia). In yet another post we see the epidemic coming at us with growing negative consequences:

(Will Elections Cure The Disease?). The Newsweek article quoted at the top of this thread further shows how lack of funds exacerbate the problem:

“The mental-health-care ‘system’ in America is a broken system,” says Michael Fitzpatrick, executive director of the National Alliance on Mental Illness (NAMI). “The system was already in crisis, and has become even less accessible over the last three years as state budgets for mental health—psychiatric beds [in hospitals], counseling, and other services—have been cut by $2 billion. States have eliminated 4,000 in-patient psychiatric beds.” NAMI’s Katrina Gay adds, “In many cases you can’t even get an evaluation for two to three months—and that’s assuming you know how to get one in the first place.”

(Newsweek). The funds are being spent at outrageous rates in foreign lands where the rogue and mavericky military says they are creating and protecting our freedoms.

We know they are not doing that, and we know what they are doing is causing us to morph in The W Direction at an increasing pace.

The next post in this series is here.
Posted by Dredd at 6:51 AM