I Got Mine, Now I Want Yours

The Ferengi have, in their estimation, done very well.

The wealth of the middle class has evaporated at alarming levels while the upper 1%, the Ferengi, have filled their coffers beyond what they could ever use. Concerning the status up to 2004, educators tell us:


These data suggest that wealth is concentrated in the hands of a small number of families. The wealthiest 1 percent of families owns roughly 34.3% of the nation's net worth, the top 10% of families owns over 71%, and the bottom 40% of the population owns way less than 1%.

(Fairfield University). The story gets worse in the years after 2004. In cold numbers it was put this way by others:


The Federal Reserve reported Thursday that households lost ... 9 percent, of their wealth in the last three months of 2008, the most ever in a single quarter in the 57-year history of recordkeeping by the central bank. 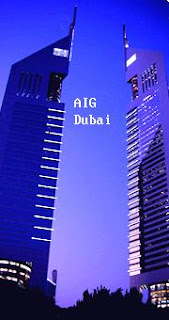 For the full year, household wealth dropped ... about 18 percent.

The figures are not all in, but after some adjustments, one observer had this to say:


“We knew we fell into a real deep hole,” said Mark Vitner, a senior economist at Wells Fargo Securities Inc. in Charlotte, North Carolina. “It’s encouraging to see we’re at least making progress in digging ourselves out of it. American households are having to lower their sights as to how much wealth they hope to accumulate over their lifetimes. This is going to impact consumption habits for years to come.”

(Bloomberg, emphasis added). I have noticed a pattern: they minimize the bad news, promise better things, then revise in the form of more inflated "good news", after they think we have "learned to live with" the disaster of plunder.

The states of California and New York, as well as some others, are in grave danger fiscally, the federal deficit is out of control, there is a classified budget we are not allowed to see, we spend more on war and the military than all the other nations of the world combined, and things are getting better?

Remember, their doctrine is that we can only remember things for three months then we forget all about their plunder of all of us through the Federal Reserve, taxation, and the Treasury.
Posted by Dredd at 5:27 AM