"We Will Kidnap Better" - Obama Admin 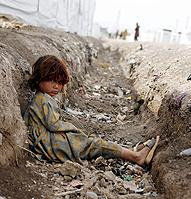 The hypothesis on this blog, concerning last November's presidential election, is that it was a rejection election.

It rejected the things that were being done by the infamous Bush II regime more so than it embraced the personality of Barack Obama.

The Obama Administration advisers do not agree, evidently, because policies of the Bush II regime are being followed even as Obama Polls Downward.

Take official kidnapping for example; now called "rendition" to try to cover up its criminal nature, which Obama will continue:

The Obama administration will continue the Bush administration’s practice of sending terrorism suspects to third countries for detention and interrogation, but pledges to closely monitor their treatment to ensure that they are not tortured, administration officials said Monday.

Maher Arar testified in 2007 before a House panel about his transfer by the United States to Syria, where he was tortured.

Human rights advocates condemned the decision, saying that continuing the practice, known as rendition, would still allow the transfer of prisoners to countries with a history of torture. They said that promises from other countries of humane treatment, called “diplomatic assurances,” were no protection against abuse.

(NY Times). And so it goes. Obama promised change in his campaign rhetoric, and has made a show of change as well as some change, but has not changed some of the very wrong policies of the Bush II administration.

Kidnapping suspects, promising to treat them according to international and U.S. law, then giving them to foreign governments for "interrogation" is one of those very wrong policies.
Posted by Dredd at 7:07 AM