Regular readers know that I do not approach science like true believers approach religion.

These people, like R.E.M., should get over into a corner and lose their religion and their dogma.

That includes even the movie-star-like celebrities such as St. Darwin and St. Dawkins (genes are not alive Richard, and one imaginary race is not superior to another Chuck).

I have written about some of their erroneous assertions that have been placed into textbooks, delighting marketers of textbooks as well as owners of used book stores.

You know, those who struggle with planned obsolescence and new inventory (e.g. Throw The Textbook Out, Buy Stock In Textbook Companies!, Textbooks - An Endangered Species?, Weekend Rebel Science Excursion - 42, The Appendix of Vestigial Textbooks).

It has happened again:

In a stunning discovery that overturns decades of textbook teaching, researchers at the University of Virginia School of Medicine have determined that the brain is directly connected to the immune system by vessels previously thought not to exist.

(Neuroscience News). One wonders if this will have a domino effect of the usual sort, that is, will it also generate change within other textbooks (cf Nature, Raw Story, The Scientist).

Textbooks such as those that opine about why circles of American skulls are bubbling up (The Skulls They Are A Changin') like our housing market and the stock market do from time to time, due to bubbleosophy (Economists - Aliens From Cygnus?).

Or, like those which explain how hate speech gives bigots a big head because it creates a hysterical amygdala which outgrows arguably more important areas of their brains:


Chronic stress also does bad things to the nervous system. Stress kills neurons in the part of the brain called the hippocampus and weakens 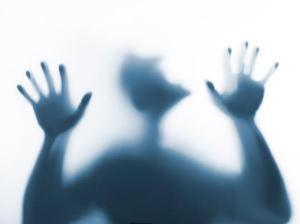 the cables between neurons, so they can’t talk to each other. This impairs the formation and retrieval of long-term memory. The opposite thing happens in the amygdala, which is where we see fear in a brain scanner. In the hippocampus, stress causes stuff to shrivel up. But stress feeds the amygdala. It actually gets bigger. Chronic stress creates a hyper-reactive, hysterical amygdala, and this tells us tons about what stress has to do with anxiety disorders.

(Abiotic Evolution: Can It Explain An Origin For The Toxins of Power? - 3). Which is a bit like running for president in the right-wing primaries.

Anyway, have a nice weekend all curled up and stuff with a textbook or two.
Textbooks will have to be changed concerning coastlines. Maps too. According to the speaker in the video below, for every 1 ft of sea level rise, the coastline moves inland an average of 300 feet: