The Question Is: How Much Acceleration Is Involved In SLR? - 4 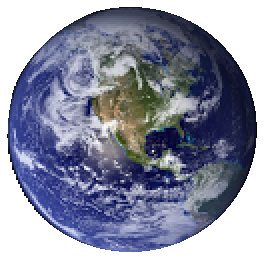 I urge readers to watch the two videos at the bottom of today's post, if you haven't yet.

One is a little less than 6 minutes, the other is about 40 minutes, and both are about Greenland and the melting of the ice sheet there.

They show literal rivers of melt taking place and running across the surface of the ice sheet.

Some of those streams of rapidly flowing water abruptly disappear when they empty into a giant sink hole in the ice sheet, sink holes that are officially called "moulins."

The strange thing is that it is not perfectly certain what happens to the water when it enters those moulins, other than the water disappears deep down into the ice sheet.

There is speculation that a large lake or lakes is the final destination, rather than the ocean.

More study is being done.

The destination determines sea level rise (SLR), because if the water stays in a sub-glacial lake, there will be no SLR at that time.

There will be no SLR related to that event until that lake flows into the sea.

One fear is that such a flow could take place at once en masse, which could cause not only SLR, but also serious damage to the ice sheet itself (similar to this, but larger).

All that could lead to an acceleration in SLR that would at first be slower than expected, but later it could suddenly exceed normal melting and normal flowing into the sea:


Many scientists have studied how the glaciers and big chunks of ice breaking off the edges of the Greenland ice sheet are contributing to sea level rise. Yet a new research study led by geographers at UCLA is the first to comprehensively examine how the rivers on top of the ice sheet drain meltwater and contribute to sea level rise. Importantly, the researchers found that current climate models, which do not account for subglacial processes, could be overestimating sea level rise because they do not consider the fact that a significant portion of meltwater is stored inside and below the glacier. Not all of the meltwater, in other words, immediately flows out to sea.

Both fieldwork and remote sensing were used to develop the models behind their results, which were published in PNAS, a leading science journal, earlier this week. Vena Chu, a PhD student in the UCLA Department of Geography, explained to Cryopolitics, “This is the first big study focusing on the rivers on top of the Greenland ice sheet. It brings attention to how much water is being transferred over the surface down into the ice sheet through moulins – in other words, sinkholes in the ice sheet.”

(Cryopolitics, cf. Greenland Melt Underestimated?). Where the water goes may be the same as what has sometimes happened in Antarctica.

The emptying of a lake of melt water took place in Antarctica where it was less expected, so it could happen in Greenland too it would seem:


ESA’s CryoSat satellite has found a vast crater in Antarctica’s icy surface. Scientists believe the crater was left behind when a lake lying under about 3 km of ice suddenly drained.

(Cryosat - 2, cf. Same in Greenland). The suddenness of this type of event could be more troublesome, in some cases, than normal SLR caused by normal melt.

This type of event could explain some strange, and yet for the most part unexplained, surges in SLR:


Coastal sea levels along continental margins often show significant
year-to-year upward and downward fluctuations. These fluctuations are superimposed on a longer term upward trend associated with the rise in global mean sea level, with global mean sea level rising at roughly 3 mm per year during the recent 20 years of accurate satellite measures. For society, it is the regional changes along any particular coastal zone that are most important. Our analysis of multi-decadal tide gauge records along the North American east coast identified an extreme sea-level rise event during 2009–2010. Within this relatively brief two-year period, coastal sea level north of New York City jumped by up to 128 mm [~5 in.]. This magnitude of inter-annual sea level rise is unprecedented in the tide gauge records, with statistical methods suggesting that it was a 1-in-850 year event.

(Agnotology: The Surge - 16, emphasis added). Regular readers will note that cumulative ice volume loss for Greenland and Antarctica "doubled since 2009" (see section "V. Attempts Based On Percentages" here, and read about the danger to 20 million Americans: here).

We are talking about a scenario where rivers of melt water flowing on top of the Greenland ice sheet mysteriously flow into moulins (holes) that go straight down.

Straight down into the sub-glacial underworld, but then where does the water flow?

IMO, the ocean around Greenland is the best bet for the destination where the melt water eventually flows.

It would flow into ocean water that is being warmed by an ocean current (Fig. 1) that flows north, up from the mysterious "warm blob" in the Pacific Ocean near "The Pacific Gyre", then further north between Russia and Alaska, then through the Bering Strait, into the Chukchi Sea, then east across the Arctic Ocean, and finally, it then flows south along the coast of Greenland:


The normal pattern is for that to happen as follows:

(On The Origin of Tornadoes - 6). The map of the Arctic Ocean circulation (Fig. 1) would indicate that melt from Greenland would eventually flow south, making arcs of surges like a mini-tsunami (see Fig. 2 and this: Coast Guard: Labrador Current).

The direction would include the East Coast of the U.S., where it could cause a surprise SLR at a location that is already experiencing  higher SLR than the global norm (Fig. 2).

This is especially so if the river system under the Greenland ice sheet has ice dams that melt and the raging river comes alive again (NASA Data Reveals Mega-Canyon under Greenland Ice Sheet).

It would be another surprise because "statistical methods [suggest] that it was a 1-in-850 year event" of SLR there.

If Greenland is the source, surprises may happen much more often than expected, to eventually become the norm, as the videos and ice volume loss data show.

Additionally, Fig. 3 and Fig. 4 depict the ice-penetrating-radar-discovered scenario, where large river systems in canyons like the grand canyon have been reveaed to exist far down under the ice sheet.