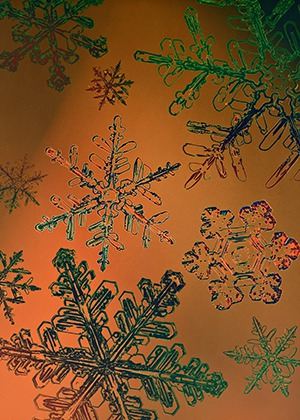 Today, let's consider some old and some new revolutionary science concepts and surprises.

Two discoveries I want to talk about come from the realm of telescopes (outer space) and a microscope (inner space).

One discovery involves very old planets, which, as discussed later in the post, seems to possibly challenge the time line of Big Bang cosmology (a.k.a. abiotic evolution).

The other involves microbes that use molecular machines to de-construct rocks and metals, then use the resulting atomic parts to generate energy for the microbes' own use; a phenomenon which has generated an interesting observation (by the professor who discovered them) that those microbes "had to have invented wonderful machines" (see video below).

The third issue is an old, rejected one ("genetic memory") that one doctor is trying to resurrect.


I. Rock Microbes
This may involve some of the first molecular machines used by microbes:


A founding father of geobiology, Nealson's interdisciplinary approach is seen in his work between the geological and microbiological sciences. His geobiology work began in the 1970s with his research on the biochemistry of iron and manganese in freshwater and marine environments. It led to the isolation and characterization of one of the first dissimilatory metal-reducing microbes, Shewanella oneidensis, that has developed into an important model environmental microorganism.

A pioneer of the bioluminescence field, Nealson was the first to describe the phenomenon of quorum sensing in luminescent bacteria that were symbionts in various marine organisms. This work encompassed microbial ecology, physiology, biochemistry, and genetics.

Recently, Nealson and colleagues have researched the function of microbial fuel cells, carbon and nitrogen processing in cyanobacteria using nano-SIMS, the genomics of important metal-biotransforming microorganisms, and the mechanisms of microbial mineral formation and dissolution. They have made exciting discoveries leading to applications, such as removal of toxic metals in water and electricity production. He is a key member of the astrobiology community and trusted NASA advisor. His creative thinking, scientific interests, and dedication to mentoring inspire the scientific community and students alike.


II. Old Planets
Another discovery bears upon the Big Bang time line, as well as on the time when the first carbon was made in stars, so as to make our carbon-based Earth-life forms possible:


Five rocky alien worlds that are 80 percent as old as the universe itself have been discovered, suggesting that Earth-size planets have been a feature of the Milky Way galaxy almost since its beginning.

The newfound exoplanets circle Kepler-444, an 11.2-billion-year-old star about 25 percent smaller than the sun that lies 117 light-years from Earth. All of the worlds are Venus-size or smaller and are therefore rocky, though scientists know nothing else about their composition.

All five alien planets complete an orbit in less than 10 days, meaning they're almost certainly too hot to support life as we know it. But Kepler-444 hints at the existence of other ancient planetary systems that may be more hospitable, researchers said.

"We now know that Earth-sized planets have formed throughout most of the universe’s 13.8-billion-year history, which could provide scope for the existence of ancient life in the galaxy," lead study author Tiago Campante, of the University of Birmingham in England, said in a statement.

For perspective, Earth and everything else in our own solar system formed about 4.6 billion years ago.

(Old Planets Discovered). It is important that scientists and science news reporters be careful with issues:


On a personal note, I reported on this last year as straight news. I assumed that such an announcement had been vetted and the results peer-reviewed. They hadn’t been at that time. As such, I think it’s up to the scientists making the claim to make that clear, and to be more circumspect in their announcement… just as it’s up to those of us reporting on big news to be skeptical and make sure that the process of peer review has been fully respected. That’s on me, and I blew it.

(So, About That Huge Discovery Last Year). Thus, I have several questions about the "old star and planets" news release.

Those questions, so far, are:


1) What about the accuracy of their technique ("asteroseismology") for determining the age of each star (i.e. does the technique work the same for each generation of stars, e.g. 1st, 2nd, or 3rd generation, since each of those stars is very different from the others) that evolves at the center of a solar system?

2) What generation (e.g. 1st, 2nd, or 3rd generation) is the star which is currently at the center of that 5 planet solar system (e.g. On the Origin of the Genes of Viruses - 8)?

3) Did carbon ever form in that star or in a predecessor star in that system (On the Origin of the Genes of Viruses - 6)?

4) Was there enough time from the Big Bang for that star and its planets to have evolved based on the estimated age?

5) Were any of the planets of that system once in the habitable "Goldilocks" zone?

6) Did they later all get pulled so close to the star as a result of an inordinate change in mass, etc., of that star?

7) Did carbon-based life ever evolve on any of those 5 planets?

8) Did any civilizations on any of those 5 planets ever evolve?

9) If so, did those civilizations become intelligent then later destroy themselves (What Kind of Intelligence Is A Lethal Mutation?)?

Another reason I am sceptical of the estimated age of that star, is that the basis of the assertions of early solar systems has, in the past, been based on questionable applications of current knowledge (e.g. using Moore's Law as a dating mechanism: New Hypothesis Says Life Began Before The Earth).


III. Genetic Memory vs. Epigenetics
It has been the consensus of scientists for some time that Lamarckism is wrong (On The Origin of Genieology, 2, 3; cf. Genetic Memory).

Nevertheless, an article recently appeared in Scientific American espousing genetic memory, which is Lamarckian (Genetic Memory: How We Know Things We Never Learned).

Other developments have shown that some behavior generated aspects of a parent are passed on to offspring in some species, but there is a debate as to whether it is genetic or epigenetic:


"The key question isn’t whether this so-called ‘transgenerational epigenetic inheritance’ happens — it does — but rather how it happens (and how frequently, and in what contexts and species)."

(Mice Inherit Specific Memories, Because Epigenetics?). The details are being sorted out, but all agree that more experiments (which are more closely controlled and performed) are needed.

Perhaps the comment section will have some ideas on some or all of these subjects.

Have a good and rebellious scientific weekend.
Microbe species which have existed for billions of years "had to have invented wonderful machines" says Dr. Nealson in this video: