Still Lazy After All These Years

The only thing that gets the government moving is war (Is War An Art or Is War A Disease?).

After corrupting the Ukraine into cold-war confrontation mode, the Epigovernment sent members of the government it runs over there (Epigovernment: The Tumor).

It is an evangelizing tour to preach a sermon about not interfering in other countries sovereignty  unless a god that wears a flag on its collar is on your side (Ukraine: Tea Potters In A Tempest).

A new export product, hypocrisy, is now as high on the list of things we do as the 1% toy, the stock market, is.

That is lazy, and that is the way it has been for years, as a little review of Dredd Blog posts linked above, and from this date in 2009 show:
The Lazy Economists Act 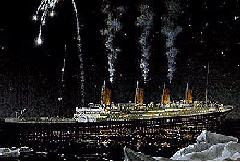 The economy shrunk at 6.3% last quarter, and corporate profits were down to a 55 year low last quarter.

One economist says these bad numbers are going to happen again in the first quarter. However, the numbers are probably going to be a bit worse:


Economists predict that the impact of the $787bn government stimulus package will not be felt until the second half of this year and that the economy could contract by another 6 per cent in the second quarter before flattening. The US government’s 10-year budget outline unveiled last month projected that the economy would contract by 1.2 per cent in 2009 before rebounding to 3.2 per cent growth in 2010. The Congressional Budget Office, however, found those estimates to be exceedingly hopeful.

“All the incoming data suggest that the economy will contract by a staggering 7 to 8 per cent in the first quarter, before the economy begins to stabilise,” said Nariman Behravesh, chief economist at IHS Global Insight.

(Financial Times, emphasis added). We have been into a decade of play pretend growth, or a bubble economy, some would say.

The cost of the Iraq and the Afghanistan wars which produces nothing but costs staggering amounts is surely to blame for much of this. We know that much of it has been waste and graft.

The new administration does not want to begin to think it is immune if it does exactly the same thing:


The United States risks repeating the same mistakes in Afghanistan that have led to billions of dollars being squandered in Iraq on its reconstruction, US auditors warned Wednesday.

The warnings come just days before President Barack Obama is due to unveil his new strategy for Afghanistan, which is expected to include an increase in reconstruction aid and civilian assistance.

(AFP). When did economists become too lazy to look ahead so that economic catastrophe could be avoided?

Do they think acting in catastrophe movies is really where it is at, or are they mentally cruising on a virtual SS Californian watching the Titanic go down?
The Lazy FBI Act 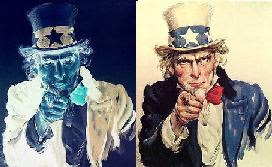 The FBI wants something renewed.

Like they have for the past 8 years. They like to call what they want renewed "The Patriot Act". The only thing correct about that name that it is in fact an act in a play.

The act that helped them play despots, torture people, and ruin our worldwide reputation.

It really must be called "The Lazy FBI Act" if we are to avoid a misnomer.

The FBI once upon a time liked to be known as the agency that "always got their man", without spying on all Americans.

Without forcing the telecoms to give up all records on Americans without a valid, constitutional warrant.

Now their motto has changed to "let AT&T or Verizon and our super computers do our work and get our man because it is now too hard to tell who is the enemy".