The New Paradigm: The Physical Universe Is Mostly Machine 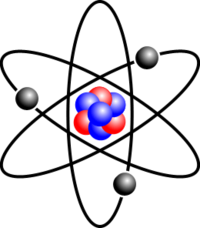 Why not start the new year out with a shock, or at least an update, to our scientific understanding?

Or at least an update to ourselves about a new paradigm that scientists are warming up to?


A new paradigm exists for understanding how cells function. Scientists are recognizing that the cell is a highly integrated biological factory with a modular architecture. Each modular unit acts as a molecular machine. These machines have highly specialized functions and are large assemblies of proteins and nucleic acids. They range in size from about 10 - 150 nanometers (10-9 m) [10-9 m] and provide environments in which chemical species can interact in a highly specific fashion. Molecular machines also function as mechano-chemical energy transducers, converting chemical free energy into mechanical energy for cellular processes. They operate cyclically, and can reset themselves.

With the genetic information gained from the U.S. Human Genome Project and DOE's Microbial Genome Program, scientists now have the raw information with which to observe, manipulate, characterize and, ultimately, replicate these large protein assemblies. Using conventional and newly developed microscopy techniques, PBD researchers, through an initiative called Microscopies of Molecular Machines (M3), are creating a toolkit for probing the inner workings of these molecular machines.

(Molecular Machines, Lawrence Berkley National Lab, DOE, emphasis added). Regular readers know that I have been advocating that we acknowledge that machines make up the largest percentage of the known universe.

With that goes the acknowledgement that machine evolution has taken up most of evolution as scientists know it.

Microbes are the most prolific life form on Earth, especially when we remember that viruses and virions are also microbes.

Cells are substantially made of molecular machines, as are planets, stars, and interstellar dust.

The following is a sample sequence of Dredd Blog System posts discussing, among other things, the underlying cyborg, machine-nature of 1) the cosmos, 2) microbes, 3) humans, and 4) all carbon based organic life forms:


Today's post is the first of this type of material of the new year, but in light of the new paradigm, there will be more.