On The Recent Condemnation of Torture 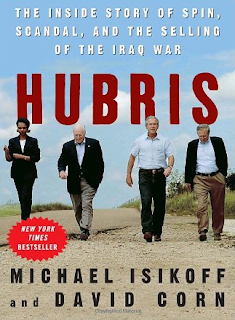 Regular readers know that Dredd Blog for years has continually condemned acts of torture by the U.S. government.

While psychopaths in the government have repeatedly stated in public how effective and good torture is, Dredd Blog has consistently condemned their public bragging about having ordered and facilitated war crimes.

Their conspiracy to do this then cover it up has always been obvious to Dredd Blog, notwithstanding the mumbo jumbo legal memos that fooled no one who has the American Spirit of 1776.

The propaganda of OIl-Qaeda has fooled a lot of people who don't understand international treaties against torture, Civics 101, U.S. criminal laws against torture, American Traditions, or the sanity of Americans who have nothing but disdain for the evil concepts that promote torture.

Regular readers know that Dredd Blog also fully condemns those who would cover up those crimes, including the Obama Administration members who have glossed over heinous wrongs with cheap, bumper sticker pabulum such as "lean forward", refusing to do their American duty to prosecute the evil perpetrators among us.

Now hear this, Dredd Blog will never compromise with the ideals that made America great, which is the historical pursuit of human dignity and human decency, which in short is "The Common Good."

So, today we begin a series based upon the report of The Constitution Project’s Task Force on detainee treatment.

But before we jump into that, let me remind regular readers, as well as new readers, of the Dredd Blog coverage of this subject over the years with posts such as:

(to name a few). These Dredd Blog posts consistently pointed out the ongoing dementia that sanctioned torture which McTell News was consistently trying to infect the nation with.

To begin the series, following that background, we will introduce the members of the committee who helped produce the report:


Asa Hutchinson (Co-Chair): He served in the administration of President George W. Bush as Under Secretary for Border and Transportation Security at the Department of Homeland Security from 2003 to 2005, where he was responsible for more than 110,000 federal employees housed in such agencies as the Transportation Security Administration, Customs and Border Protection, Immigration and Customs Enforcement and the Federal Law Enforcement Training Center. He was Administrator of the Drug Enforcement Administration from 2001 to 2003. Prior to joining the Bush Administration, Hutchinson represented the 3rd District of Arkansas as a Republican Congressman, first winning election in 1996. Hutchinson served on the House Judiciary Committee along with the House Select Committee on Intelligence.

James R. Jones (Co-Chair): As a Democratic member of the U.S. House of Representatives from Oklahoma (1973-1987), he was Chairman of the House Budget Committee for four years and a ranking Member of the House Ways and Means Committee, where he was active in tax, international trade, Social Security and health care policy. Jones was only 28 when President Lyndon Johnson selected him as Appointments Secretary, a position equivalent to White House Chief of Staff, the youngest person in history to hold such a position.

Richard A. Epstein is the inaugural Laurence A. Tisch Professor of Law at New York University School of Law. He has served as the Peter and Kirstin Bedford Senior Fellow at the Hoover Institution since 2000. Epstein is also the James Parker Hall Distinguished Service Professor of Law Emeritus and a senior lecturer at the University of Chicago, where he has taught since 1972. Prior to joining the University of Chicago Law School faculty, he taught law at the University of Southern California from 1968 to 1972. He has published numerous books and articles on a wide range of legal and interdisciplinary subjects, and has taught courses in administrative law, civil procedure, constitutional law, and criminal law, among many others. He served as editor of the Journal of Legal Studies from 1981 to 1991, and of the Journal of Law and Economics from 1991 to 2001. From 2001 to 2010 he was a director of the John M. Olin Program in Law and Economics at the University of Chicago.

Dr. David P. Gushee is the Distinguished University Professor of Christian Ethics and Director of the Center for Theology and Public Life at Mercer University. Gushee teaches at McAfee School of Theology and throughout Mercer University in his specialty, Christian ethics. As Director of the Center for Theology and Public Life, he organizes events and courses to advance quality conversations about major issues arising at the intersection of theology, ethics, and public policy. Gushee came to Mercer in 2007 from Union University, where he served for 11 years, ultimately as Graves Professor of Moral Philosophy. Dr. Gushee has published fifteen books, with four more in development, and many hundreds of essays, book chapters, articles, reviews, and opinion pieces.

Dr. Azizah Y. al-Hibri is a professor emerita at the T. C. Williams School of Law, University of Richmond, having served on the faculty from 1992 until her retirement in 2012. She is also a founding editor of “Hypatia: a Journal of Feminist Philosophy,” and the founder and chair [president] of KARAMAH: Muslim Women Lawyers for Human Rights. In 2011, al-Hibri was appointed by President Obama to serve as a commissioner on the U.S. Commission on International Religious Freedom.

David Irvine is a Salt Lake City attorney in private practice, a former Republican state legislator, and a retired Army brigadier general.
Irvine enlisted in the U.S. Army Reserve in 1962, and received a direct commission in 1967 as a strategic intelligence officer. He maintained a faculty assignment for 18 years with the Sixth U.S. Army Intelligence School, teaching prisoner of war interrogation and military law. He was the Deputy Commander for the 96th Regional Readiness Command. He served four terms in the Utah House of Representatives.

Claudia J. Kennedy is the first woman to achieve the rank of three-star general in the United States Army, taking her from the Women’s Army Corps in the late 1960’s to the position of Deputy Chief of Staff for Army Intelligence in 1997-2000. She oversaw policies and operations affecting 45,000 people stationed worldwide with a budget of nearly $1 billion.

Thomas R. Pickering: From 1997 to 2001, Pickering served as U.S. Under Secretary of State for Political Affairs. From 1989 to 1992, he was Ambassador and Representative to the United Nations. In a diplomatic career spanning five decades, he has served as U.S. ambassador to the Russian Federation, India, Israel, El Salvador, Nigeria, and the Hashemite Kingdom of Jordan. Pickering also served on assignments in Zanzibar and Dar es Salaam, Tanzania. He also served as Executive Secretary of the Department of State and Special Assistant to Secretaries William P. Rogers and Henry A. Kissinger from 1973 to 1974. Between 1959 and 1961, he served in the Bureau of Intelligence and Research of the State Department, in the Arms Control and Disarmament Agency, and from 1962 to 1964 in Geneva as political adviser to the U.S. delegation to the 18-Nation Disarmament Conference. He earned the personal rank of Career Ambassador, the highest in the U.S. Foreign Service.

William S. Sessions served three United States presidents as the Director of the Federal Bureau of Investigation, earning a reputation for modernizing the FBI by initiating and developing the forensic use of DNA, the development and automation of digital fingerprinting capabilities with the Integrated Automated Fingerprint Identification System, as well as recruiting of women and minorities for service in the FBI. Prior to joining the FBI, Sessions was the chief judge for the U.S. District Court for the Western District of Texas, where he had previously served as United States Attorney.

Dr. Gerald E. Thomson is the Lambert and Sonneborn Professor of Medicine Emeritus at Columbia University. Following his post graduate training at the State University of New York-Kings County Hospital Center, Thomson remained on the faculty there and directed one of the nation’s first artificial kidney units for the maintenance of patients with end stage renal failure. He joined the Columbia faculty in 1970, serving as Director of Medicine at the affiliated Harlem Hospital Center from 1970-1985. He was Executive Vice President and Chief of Staff of the Columbia University Medical Center from 1985-1990 and Senior Associate Dean from 1990-2003. Thomson has served on and headed numerous National Institutes of Health and other agency advisory committees on hypertension, end stage renal disease, cardiovascular disease, public hospitals, minorities in medicine, human rights, and access to health care. Thomson is a 2002 recipient of the Columbia University President’s Award for Outstanding Teaching.

(The Constitution Project's Detainee Report). That is a distinguished committee which has determined that torture was practiced and sanctioned by the U.S. Government, and that Obama is wrong to simply ignore it:


The events examined in this report are unprecedented in U.S. history. In the course of the nation’s many previous conflicts, there is little doubt that some U.S. personnel committed brutal acts against captives, as have armies and governments throughout history.

But there is no evidence there had ever before been the kind of considered and detailed discussions that occurred after September 11, directly involving a president and his top advisers on the wisdom, propriety and legality of inflicting pain and torment on some detainees in our custody.

Despite this extraordinary aspect, the Obama administration declined, as a matter of policy, to undertake or commission an official study of what happened, saying it was unproductive to “look backwards” rather than forward.
...
Moving on without such a reckoning weakens our ability to claim our place as an exemplary practitioner of the rule of law.

In the absence of government action or initiative, The Constitution Project, a nonpartisan public-interest organization devoted to the rule of law principle, set out to address this situation. It gathered a Task Force of experienced former officials who had worked at the highest levels of the judiciary, Congress, the diplomatic service, law enforcement, the military, and parts of the executive branch.

Recognized experts in law, medicine and ethical behavior were added to the group to help ensure a serious and fair examination of how detention policies came to be made and implemented.
...
Perhaps the most important or notable finding of this panel is that it is indisputable that the United States engaged in the practice of torture.
...
The second notable conclusion of the Task Force is that the nation’s highest officials bear some responsibility for allowing and contributing to the spread of torture.
...
Lawyers in the Justice Department provided legal guidance, in the aftermath of the attacks, that seemed to go to great lengths to allow treatment that amounted to torture. To deal with the regime of laws and treaties designed to prohibit and prevent torture, the lawyers provided novel, if not acrobatic interpretations to allow the mistreatment of prisoners.

Those early memoranda that defined torture narrowly would engender widespread and withering criticism once they became public. The successors of those government lawyers would eventually move to overturn those legal memoranda. Even though the initial memoranda were disowned, the memorable language — limiting the definition of torture to those acts that might implicate organ failure — remain a stain on the image of the United States, and the memos are a potential aid to repressive regimes elsewhere when they seek approval or justification for their own acts.

(ibid, bold in original). This post is long, so I will stop for today.

The next post in this series is here.
Posted by Dredd at 8:57 AM