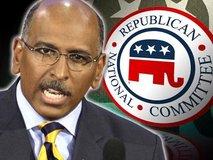 Several times prior to the election I repeated an earlier statement I had made, exclaiming that the President would win reelection by 3% popular vote.

Two out of three may not be that bad of an estimation, but "what happened to the House election?" I wondered.

After not very much research, one has to come to the conclusion that it was Republican gerrymandering that altered the normal reality that "a rising tide raises all boats."

Regular readers know that the issue of gerrymandering has been a concern expressed on Dredd Blog for some time now.


The reason that gerrymandering is wrong is because it is anti-voter, to the point that even when the voters overwhelmingly favor a particular outcome, they can be thwarted by gerrymandering.

In other words, the geographical design of the districts is such that it thwarts, and is contrary to, the will of the people at large. It is designed to preserve incumbency and thwart the political notion of accountability.

Furthermore, districts are carved out in strange shapes that result in districts passing through many counties, instead of being defined and bounded by one or more counties.

(Gerrymandering - Geological Deceit?). In a recent post we reviewed the warnings given to Democrats that they were going to lose the 2010 election big time (How Science Defeated The Republican Pollsters).

Notice that the concern about gerrymandering was also expressed again before the 2010 election, which was a census taking year.

The year following a census taking year is the time when congressional districts are typically re-drawn.

That 2010 election, when the Democrats lost the House of Representatives, had double potential negative impact because following that election, later in 2011, is when the gerrymandering impact was designed by Republicans.

Thus, the stage was set for what happened in the House elections last Tuesday in the 2012 election.

Following the 2010 election, which we remember took place in a census year, Dredd Blog once again touched upon the subject:


We have little real choice in our elections. Even with low double digit congressional approval ratings, my guess is that at least 80 percent of House incumbents seeking reelection will win. Here is a number that should open some eyes: 95 percent of all House members who sought reelection between 1982 through 2004 were reelected. Expanding the time horizon changes the numbers but not their effect. According to the Center for Responsive Politics, between 1964 and 2010, the incumbent in the House was reelected between 85 percent and 98 percent of the time; the majority of those election cycles resulted in incumbent reelection rates of at least 90 percent. Those are Kim Jung Il and Robert Mugabe numbers that legitimately call into question the fundamental tenet of American democracy: the use of elections express the representative will of the people. A system with historically low approval ratings for Congress yet ridiculously high reelection rates cannot be seen as an accurate reflection of voter will ... The policy consequences that stem from illegitimate political power have long compromised the American political system. Concerned activists and pundits must pay more attention to this critical issue.

(Gerrymandering - Geological Deceit? - 2). That quote of Dr. Michael Fauntroy was discussing what in polite company is called "congressional redistricting", but it is called "gerrymandering" when one political party carves up their state to the exclusive advantage of their political party in House elections.

I found a post over at Firedog Lake blog that agrees with my concerns:


Just a brief postscript to the House elections, which as I said were really decided in Republican state legislatures in 2011 during the redistricting process. It turns out that, on a vote-by-vote basis, more Americans voted for Democrats than Republicans for Congressional seats, currently by about half a million votes ... How did this happen? The gerrymander. That kept states which voted for President Obama locked into Republican delegations for Congress ... Lawmakers simply chose voters in those states, rather than the other way around ... If you take the Brennan Center report showing that redistricting solidified Republican majorities by at least 11 seats, then you have an effective 18 pickups in 2012. For context, Democrats secured 20 pickups in the “wave” year of 2008.

(FDL, 11/8/12, emphasis added). Notably, there were more votes cast for Democrats in the House elections than there were for Republicans, yet Republicans "mysteriously" kept the House majority.

Mystery solved: "the Brennan Center report showing that redistricting solidified Republican majorities by at least 11 seats" ... in other words, gerrymandering did the dirty deed that wide spread State Voter ID Law suppression by Republicans could not do.

Gerrymandering made the electoral cracks through which those votes fell, thwarting the normal election results that should have occurred..

It was the American people who were thwarted once again, and now the nation once again faces being taken hostage by the remaining extremist right wing members of the House.