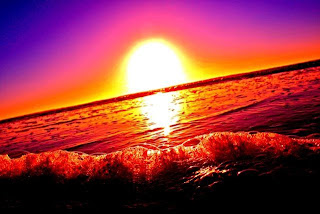 The drought that has over half the counties in the U.S. listed as disaster areas is not relenting.

Last month, July, was the hottest July on record.

As if that was not enough, it was the hottest month of all time according to NOAA, an agency that has kept records for over a century:

(Weather). It was a month that saw an unusual huge acceleration of the summer melt of the glacier cover in Greenland.

Meanwhile, a federal appeals court ruled against the NRC, so the NRC stopped the licensing process on 19 current applications for Nuclear Power Plants:

(New York v NRC, PDF). The courts will have to stop the runaway agencies that are puppets of the fossil fuel industry, because no puppet president now campaigning will do that either:

(Obama Is Fast-tracking an Environmental Disaster to Please Big Oil). This post passed the truthiness test, as shown by the following lecture.