Why The Right-wing Is Anti-Education 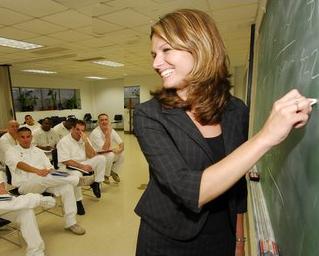 Ex-senator Rick Santorum is a right-wing politician who was defeated in his last bid for the U.S. Senate.

He recently declared that he is against education in the U.S.A. because the left uses education to indoctrinate students, presumably an indoctrination into left-wing ideology.

This is a perversion of reality because it turns reality upside down.

It is a propaganda technique the right-wing uses for a very specific purpose, which will be exposed in this post.

Let's begin by focusing in on an excerpt from the text of his speech, which will give you an indication of the tenor and flavor of his public speech:

After saying "we've lost, unfortunately, our entertainment industry," Santorum told a Naples, Florida, audience that "we've lost our higher education, that was the first to go a long time ago."

"It's no wonder President Obama wants every kid to go to college," said the former Pennsylvania senator. "The indoctrination that occurs in American universities is one of the keys to the left holding and maintaining power in America. And it is indoctrination. If it was the other way around, the ACLU would be out there making sure that there wasn't one penny of government dollars going to colleges and universities, right?"

He continued: "If they taught Judeo-Christian principles in those colleges and universities, they would be stripped of every dollar. If they teach radical secular ideology, they get all the government support that they can possibly give them. Because you know 62 percent of children who enter college with a faith conviction leave without it."

(CBS). Obviously, he does not want American kids to go to universities to learn to become lefties.

That sentiment is in accord with everyone else who would prefer an education based on anything but politics.

The following video shows the reality, the problem with higher education, and that the problem is not on the same planet that Rick Santorum is on.

The problem with our system in the U.S. is that we are educating other nations via the H1b visa program, but we have no fix in place to correct the problem.

Listen to an explanation in the following video by one who is aware of the problem:
The import of this problem is that we have been educating, and will continue to educate, too many students from foreign nations who go back to their home nations to then compete against us in world markets.

There is no fix in place, in my opinion, because the lower levels of our system do not have the ability to produce enough university ready, top notch students, like the foreign nations do.

We would be better off if we could educate our pre-school, elementary, and high school students in the educational systems of other nations, so that they would be ready for our universities.

That won't happen, so lets get back to Mr. Santorum and wrap up this post.

Evidently, Mr. Santorum is aware that the opposite of what he is saying is the case,  i.e., U.S. children who have low cognitive skills in the U.S. are not improved by lower level education.

And in terms of left-right politics, the less they are capable of deductive reasoning

and other beneficial thinking skills, the more likely they are to end up as right-wing political voters (Bright Minds, Psychological Science Journal, February 2012, vol. 23 no. 2, 187-195, free PDF download available).

The U.S. students do end up in "college" though, which is likely to be one of the government's several, fully subsidized War Colleges.

Then, upon graduation, those students are assigned to various MOMCOM HQ divisions located in foreign nations.

Upon deployment to one of those 132 foreign nations, they will use their "education" to oversee upwards of a thousand military bases.

MOMCOM bases being used to dominate the world of oil rich nations (where many of those educated in our universities will be back at home competing economically with us).

When the right-wing finishes with education it will be destroyed, whether at home or abroad:


As a college professor, I have a special interest in what happened to Iraqi universities under US occupation. The story is not pretty.

Until the 1990s, Iraq had perhaps the best university system in the Middle East. Saddam Hussein's regime used oil revenues to underwrite free tuition for Iraqi university students -- churning out doctors, scientists, and engineers who joined the country's burgeoning middle class and anchored development. Although political dissent was strictly off-limits, Iraqi universities were professional, secular institutions that were open to the West, and spaces where male and female, Sunni and Shia mingled. Also the schools pushed hard to educate women [PDF], who constituted 30 percent of Iraqi university faculties by 1991. (This is, incidentally, better than Princeton was doing as late as 2009.) With a reputation for excellence, Iraqi universities attracted many students from surrounding countries -- the same countries that are now sheltering the thousands of Iraqi professors who have fled US-occupied Iraq ... In just 20 years, then, the Iraqi university system went from being among the best in the Middle East to one of the worst. This extraordinary act of institutional destruction was largely accomplished by American leaders who told us that the US invasion of Iraq would bring modernity, development, and women's rights. Instead, as political scientist Mark Duffield has observed, it has partly de-modernized that country. In the words of John Tirman, America's failure to acknowledge the suffering that occupation wreaked in Iraq "is a moral failing as well as a strategic blunder." Iraq represents a blind spot in our national conversation, one that impedes the cultural growth that stems from a painful recognition of error; and it hobbles the rational evaluation of foreign intervention. Is it too late to look in the mirror?

(Bulletin of The Atomic Scientists). That is "life" in a Wartocracy guided by a Big Brother Plutonomy.
Posted by Dredd at 10:46 AM