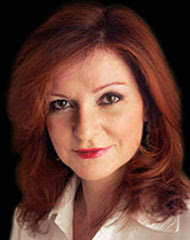 Maureen Dowd ("Absolutely Sweet Maureen" of the NY Times), and some other "journalists", accused Bob Dylan of caving in to Chinese government officials by singing only what they wanted him to sing.

In other words he was acting like U.S. government officials by "bowing down to the commies".

I figured that it has been a long time since Dylan could be censored, since his lyrics are rife with uncensorable phrases, words, and meanings.

But no songs were even censored anyway, according to Mr. Dylan:


As far as censorship goes, the Chinese government had asked for the names of the songs that I would be playing. There's no logical answer to that, so we sent them the set lists from the previous 3 months. If there were any songs, verses or lines censored, nobody ever told me about it and we played all the songs that we intended to play.

(Bob Dylan). Dredd Blog gave the benefit of the doubt to the NY Times writer Dowd in the original post, by believing her statements that Chinese officials only let him play certain songs.

As it turns out she was wrong to not check out her false, fabricated story before printing it.

She lied, her credibility died.

That is what MOMCOM journalists do these daze.
The lyrics to this song are here: